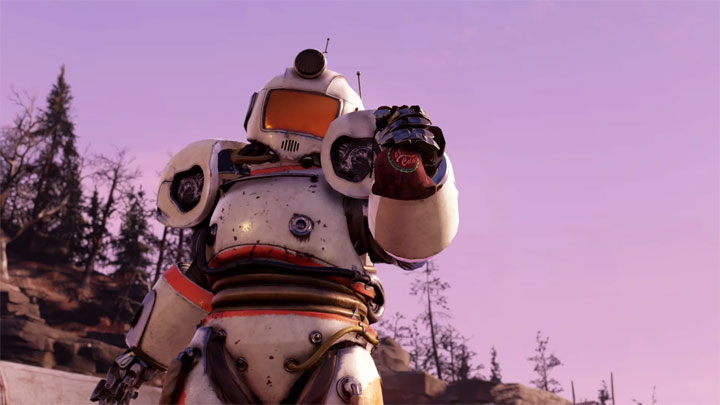 Each season is expected to last 10 weeks.

Tomorrow begins the first season of Fallout 76, which will last until mid-September, offering regular new attractions. Bethesda Softworks has revealed what we can expect from the event. First of all, we have learned a list of a hundred rewards that we will be able to win during the game.

During the season, taking part in various activities (daily and weekly) will enable our character to accumulate S.C.O.R.E. points, allowing us to unlock ranks, each of which will offer a unique reward. There will be 99 of them in total, and the full list can be viewed on the official website. 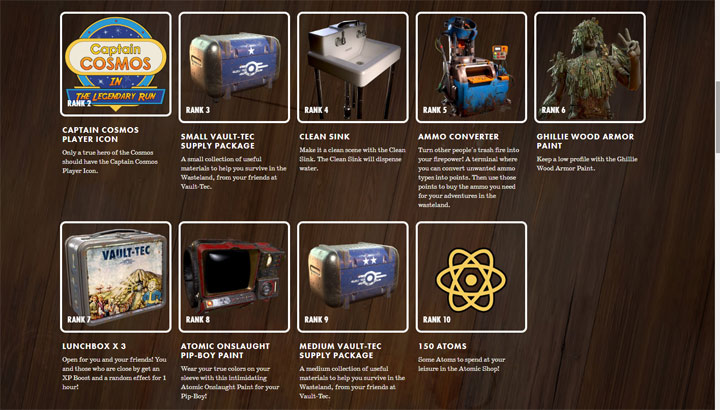 The first nine prizes.
Sample prizes in the first season:

Let's recall that the season is called The Legendary Run and will be free for all game owners. During the ten weeks, players will be challenged and their progress will be recorded on a map based on a board game, where the Captain Cosmos will race through the galaxy trying to capture the evil Dr. Zorbo.

In mid-July, a rank purchase option will be available for those who do not want to complete tasks. A single rank up will cost 150 atoms.

As a reminder, Fallout 76 was released in November 2018 on PC, Xbox One and PlayStation 4. The debut was a disaster due to the game's disastrous technical condition. Thanks to many months of updates, the devs managed to regain the sympathy of a large part of players. Currently 78% of user ratings on Steam are positive. 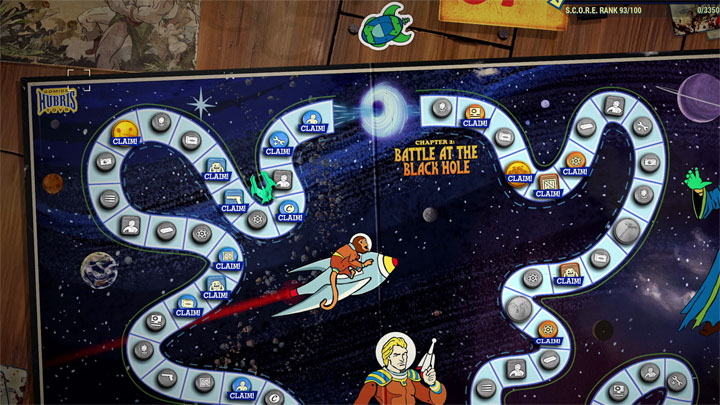 Experts Warn: Do Not Use TikTok