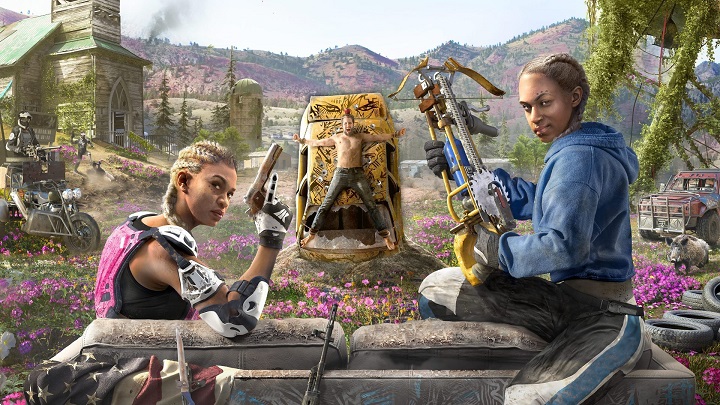 Although the reviews of Far Cry: New Dawn suggest that the game won't be remembered for very long, the latest installment of the very popular series created by Ubisoft enjoys a lot of interest from the players. A very important issue is how the title cooperates with the popular GPUs from two manufacturers: Nvidia and AMD.

Guru3D editors decided to take the 25 latest and most popular GPUs from these two companies and test their performance in Far Cry: New Dawn in three resolutions: FullHD, WQHD and 4K. The test platform used for the benchmark included an Intel Core i9-9900K processor, an ASRock Tachi Ultimate motherboard based on a Z390 chipset, 16 GB of 3200 MHz DDR4 RAM and a WD Black series SSD. All tests were carried out on "Ultra" graphic settings. 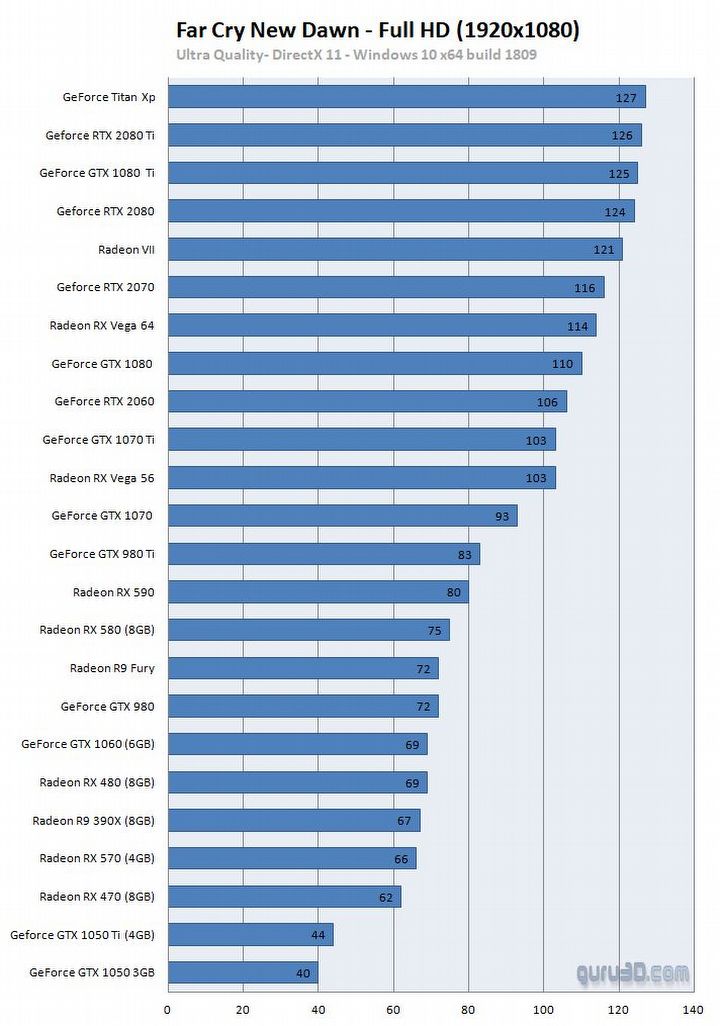 As you probably expect, there were no problems with achieving the 30 fps threshold during the FullHD tests. The lowest score for the weakest card in the set, the GeForce GTX 1050 with 3GB memory, was 40 fps. The most efficient GPU was GeForce Titan XP with 127 fps, and the AMD recommendation - Radeon VII - recorded six frames less and came in fifth. 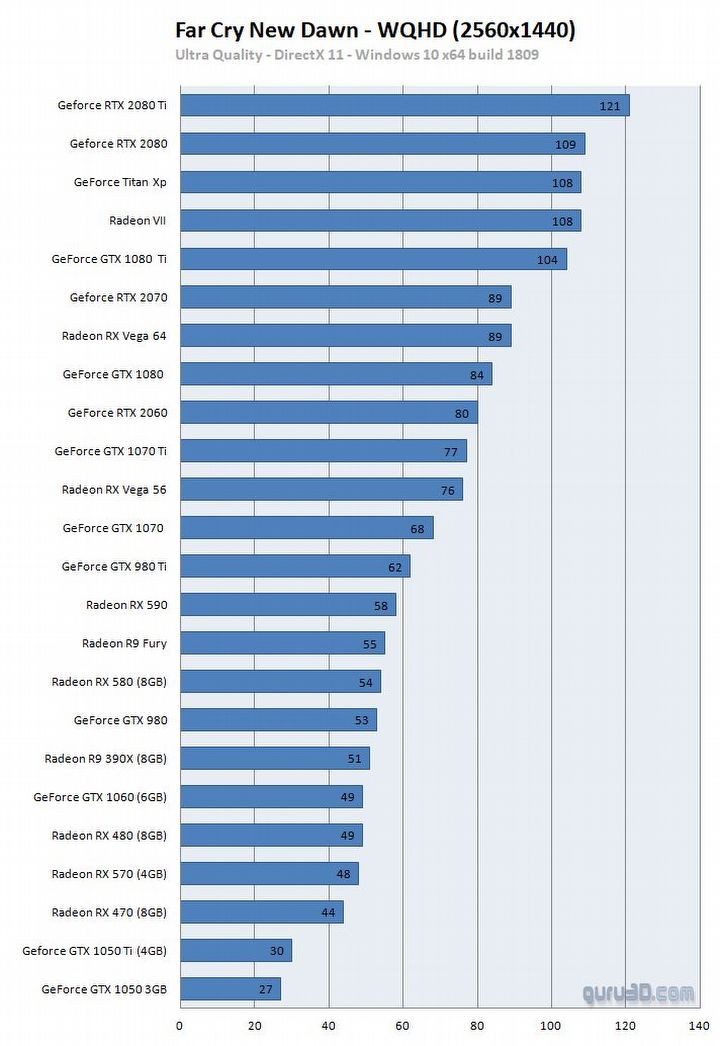 The situation also looks good when testing WQHD resolution - the only card that failed to reach the 30 fps threshold was the aforementioned GeForce GTX 1050. Small changes appeared on top spots - the RTX 2080 Ti takes the lead with 121 fps, besting the second place - the RTX 2080 - by 12 frames. The fourth place was takem by the most efficient AMD proposal - Radeon VII - with 108 fps. 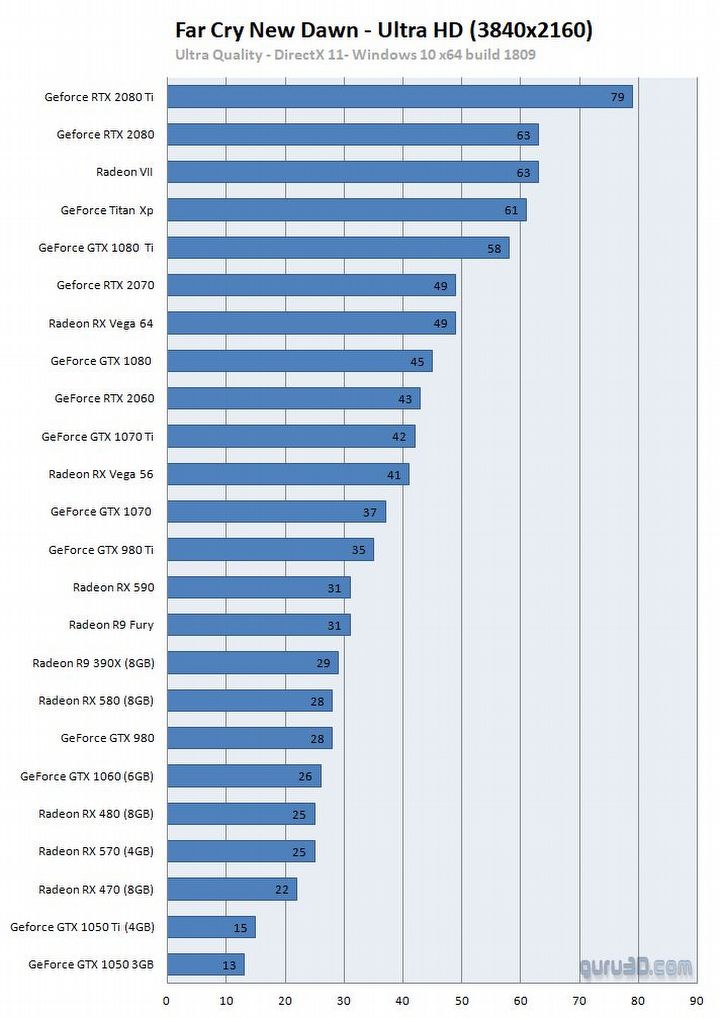 To literally no one's surprise the most taxing resolution turned out to be 4K. Out of 24 tested graphics cards, 9 did not reach the 30 fps threshold - five of them were representatives of the AMD Radeon family. Once again, the GeForce RTX 2080 Ti proved its superiority - its 79 fps was 16 frames better than the next tested GPU, the RTX 2080. Interestingly, the Radeon VII was also on the podium with the same result.