The first reviews of Far Cry: New Dawn - the latest production of Ubisoft - appeared on the Internet. It is a direct continuation of the 2018 FPS Far Cry 5. How was your return to Hope County? Most reviewers agree - not the worst, but it could'have been better. This reflects the game's current Metacritic rating of 73 points (based on the PS4 version). 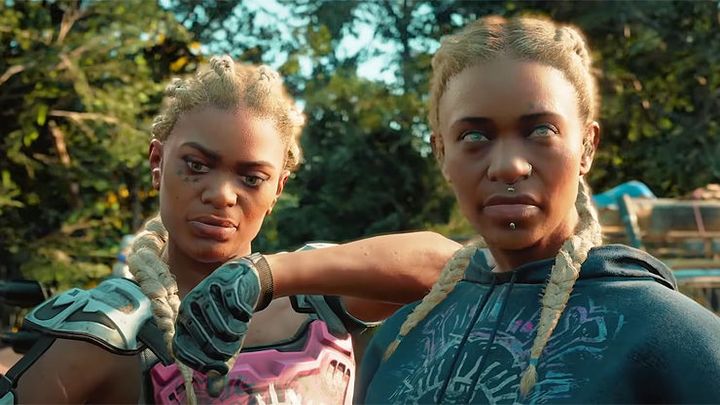 The character creation of the twins Mickey and Lou is indicated as one of the biggest drawbacks of Far Cry: New Dawn.

Below you will find a list of selected review scores collected by the post-apocalyptic installment of the Far Cry series:

As we can see, the differences are considerable. Nevertheless, all reviews have a few common denominators. The reviewers name side activities among Far Cry: New Dawn's biggest advantages. Hope County draws you in with the variety of tasks you can undertake, from hunting, through taking back outposts, to treasure hunting. Another well-received element were the expeditions, which enable the player to go beyond the county's borders and visit many diversified maps.

The biggest drawback of the game is its storyline. The story told in Far Cry: New Dawn is disappointing, mainly due to the main antagonists twins Mickey and Lou. According to the reviewers, their role is marginalised, and they themselves are devoid of any character that has always distinguished the antagonists of Far Cry games. The game's graphic design met with mixed reactions. The extremely colourful vision of the end of the world presented in the title will not necessarily appeal to fans of post-apocalypse in the vein of the Metro or Fallout series.

Far Cry: New Dawn will debut tomorrow on PC, Xbox One and PlayStation 4.