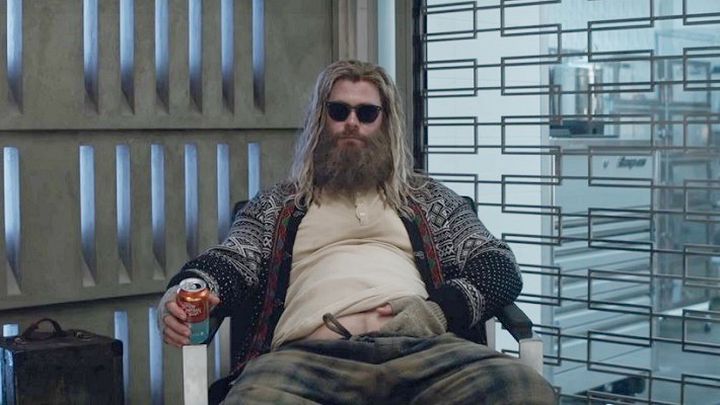 The idea of characters letting themselves go has become popular.

The second season of The Umbrella Academy started a few days ago on Netflix and it has already gathered more positive feedback than its predecessor. The story once again focuses on the adventures of crazy siblings with peculiar characters and unique superpowers. This time, however, the heroes were thrown into the whirlwind of the 60s.

The whole story is based on a series of comic books of the same title, but the authors do not stick too close to the source material. They admit, however, that they wanted to refer to the original storyline of Luther, a man of above-average strength and endurance. In the second season, after a time travel episode, the character was to become overweight and struggle with typical obesity problems.

If you've seen the latest episodes of The Umbrella Academy, you probably know that such radical changes did not happen. Why is that? It has to do with Thor's appearance in Avengers: Endgame. It is in this film that the well-known god of thunder let himself go and had to save the world despite his considerable overweight. The actor playing Luther, Tom Hopper, confirmed that the filmmakers did not want to expose his plotline too much because of the associations with the latest "Avengers".

It is quite possible that one of the factors directly influencing this decision was also the negative reception of fat Thor by the fans. Most of the audience didn't like such a drastic change of the character's physique (as well as mentality), so who knows if The Umbrella Academy didn't dodge a bullet with this one, thanks to this specific limitation. You can watch the series at any time on Netflix.

Here's Some Impressive Figures From Darkest Dungeon Board Game