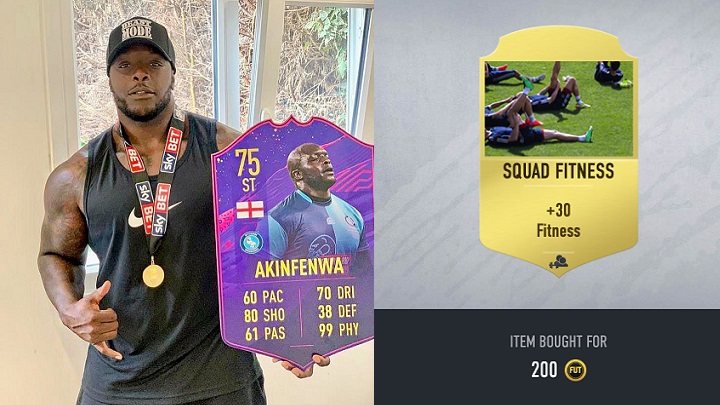 Adebayo Akinfenwa certainly does not need such cards.

EA Sports says it listens to its fans and brings innovations and changes demanded by the community to its flagship game series. The recent news of leaked gameplay or changes to career mode seem like a positive development. The most serious novelty that saw the light of day was the demanded change in the gameplay system in Division Rivals, followed by the removal of fitness cards from the FUT, which for years have basically only served totake up space in the packs.

The fitness cards have been in series since the beginning of the Ultimate Team mode and were designed to bring a player or the whole team back to full strength after a match. Of course, a way to avoid this was to play with two teams in turns, one sitting on the bench and the other playing. Over time, however, the ease with which we got the FUT coins and the fitness cards themselves has made them lose their point; they only serve (to the dissatisfaction of the community) to take place in the content packs. If they are removed, this is likely to happen in a similar way as in other EA titles, Madden and NHL, where in Ultimate Team modes these cards have disappeared and players are automatically restored after each match.

It is also possible that the fitness may also be followed by contracts that are so commonplace that no one actually remembers them.

If these rumors turn out to be true, it will be an interesting move, as often such cards as fitness or contracts take up half the pack and players would certainly prefer to see more players in them. 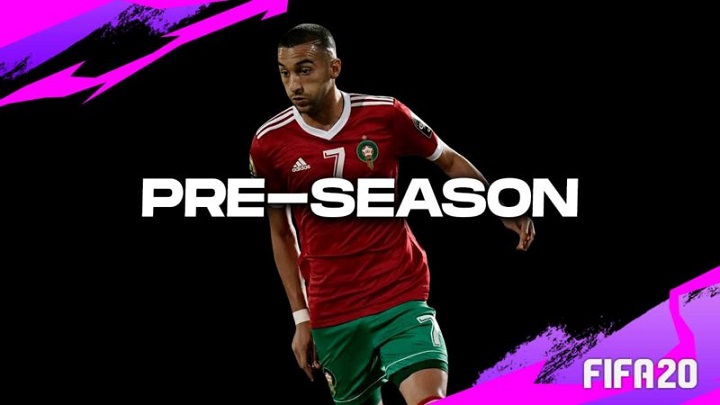 Can we expect the biggest promotion in the history of FUT?

And before we go on to conquer the virtual pitches in the 2020/21 season, we still have a big finae to the current installment of the game, in the form of the "Pre-Season" event, which will take place today at 10 AM PT. All the clues provided by EA indicate a return of TOTY and TOTSSF cards to the packs, which means that they will probably contain the best versions of cards from the whole year and the chance of finding them will be significantly increased, so that everyone can play the game at the end of its life cycle. After a very warmly received Summer Heat, this may prove to be a hit, as the previous promotion has proven that players like being given the opportunity to play with the best cards in the game without unnecessary obstacles.

The concept of the event itself also promises to be interesting, as the name as well as the colors clearly indicate the introduction of players to the next installment, which may suggest that part of the progress made during the Pre-Season event will somehow be transferred to FIFA 21.

FIFA 21 will debut on PC, Xbox One, PS4 and Nintendo Switch on October 9, this year. The release date on PS5 and Xbox Series X is not known yet, but it is speculated that it will happen in the new year.

Evolution of Minecraft Depicted in 4 Minutes