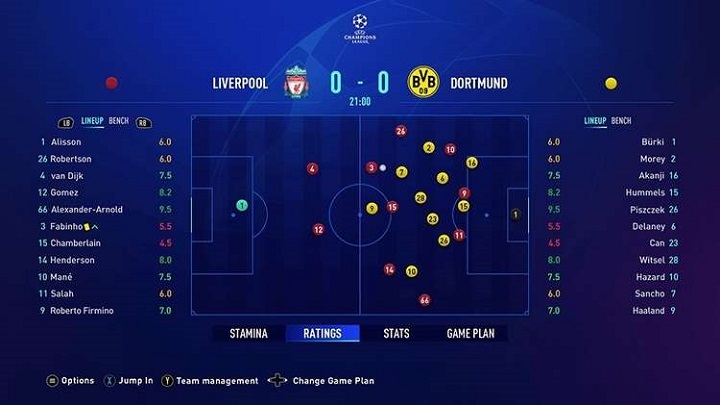 There are many gamers who play career mode and have been expecting changes for a long time.

FIFA 21 is approaching fast, and with it many changes to encourage the players to buy another installment of this iconic football game. It seems that this year we're not going to see a revolution, but only cosmetic changes, which wasn't to the liking of fans who wanted to see the game engine changed from Frostbite to another, or improvements in the quality of connection to EA servers. However, Electronic Arts had to make some changes if it wanted to sell the new installment of FIFA. The information they recently announced concerns long-awaited changes relating to the career mode, where nothing or very little has changed for years, and the gamers felt that it was being neglected at the expense of developing the profitable Ultimate Team mode.

The biggest novelty seems to be "completely new" match simulation engine in career mode. So far, during the simulation the game simply informed us about the outcome of the game and we had no influence on it. Now the matter will look better, because we will see the players on the pitch in the form of "balls", we will be able to track detailed data such as match ratings, endurance of individual players, match statistics or our match plan. From the player's point of view, the most interesting solution seems to be the possibility to enter the match during the simulation, e.g. when we lose and want to take matters into our own hands. The whole solution seems to be identical to the idea of 2K Sports and their Simcast from the NBA series, where we also have the possibility to observe the "balls" and jump into the match at any time. We can't forget that an identical option to the "new" simulation existed in the game already in... FIFA 08. In this aged game before the start of the match, we could choose the "Visual Sim" option, which enabled us to watch the simulation of the match and jump into the game at any time, i.e. exactly the same thing that is offered by the 21st installment. 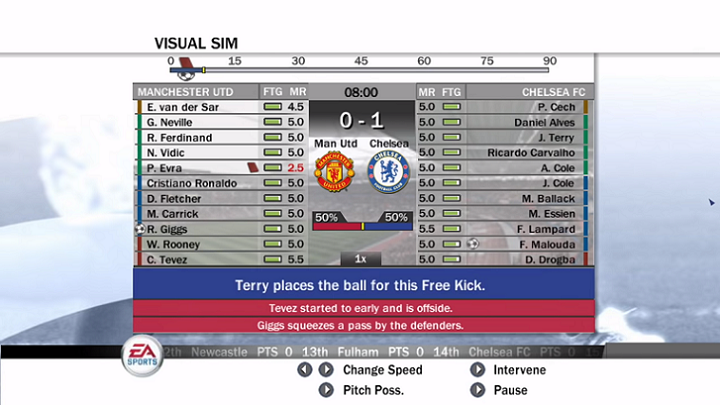 Younger players may not remember this "novelty" (FIFA 08)

A positive surprise is the announcement of the possibility of developing a player in the direction we want. This means that if we have a player who is a midfielder, but we think he can do better as a defender, we can make him a defender. The change in training is to be even wider and enable the players to raise their chosen attributes and to have an in-depth look at the statistics and their development. This is certainly an important thing, because this aspect of the game has almost always been poor and the possibility to train players freely is a small revolution within the career mode.

The last big change is the addition of the attribute. It will enable us to control how the player is prepared for the match in physical (endurance), but also mental terms. The whole thing is to significantly influence the disposition of the player on the match day. New systems of "active coaching" and "active team management" will be used to manage match sharpness, which will increase the height of the attribute.

Other minor innovations include improved AI behavior during matches to make them more challenging for the players, a realistic transfer system that allows for more opportunities in transactions between clubs e.g. rental with buyout or exchange option. Last but not least, the new career mode settings screen is also worth mentioning, which is intended to allow for a more personalized experience. More information about the career mode should be available in August.