Tomorrow is the day when the Assassin's Creed series will officially return once again. AC: Valhalla announced at the end of April this year will launch on PC, PlayStation 4, Xbox One, Google Stadia and the newly released Xbox Series X/S. Quite a few gameplays appeared on the web in recent days, presenting the game in action, but what about the hands-on experience? According to a large part of critics, it's very positive.

At the time of writing these words, OpenCritic collected 68 reviews of Assassin's Creed: Valhalla, 91% of which are positive, with an average score of 83/100. The beautifully-designed open world, both in terms of visuals and audio, seems more intriguing and filled with content than that of its predecessors. The game may also be liked in terms of gameplay. It combines a lot of elements from both old and new installments of the series, so that, although it is definitely not a big revolution in the series and moves in "safe territories", it can make a positive impression. So if you liked the new face of the Assassin's Creed series presented in Origins, Valhalla should appeal to you. 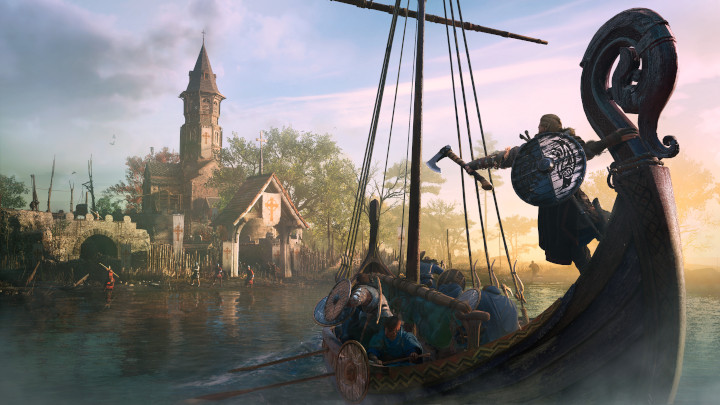 Valhalla has been liked by most reviewers.

However, there is another side of the barricade, that is, people who miss the old Assassin's Creed game, who put a little more emphasis on stealth and stealth kills. Those may feel a little disappointed with Valhalla, as there's a lot of bigger, direct battles in it. This rather strong departure from the initial formula, according to some reviewers, makes the series currently suffer from a kind of identity crisis. The scale of the world also means that there is not always a proper balance between side activities and the narrative. To top it all off, the latest installment of the popular series is plagued by a lot of technical problems and errors, but we can hope that at least some of them will be eliminated in the upcoming updates (the first has already been announced).

Assassin's Creed: Valhalla is also coming to PlayStation 5. The title will be available on the latest Sony console on the day of its launch.