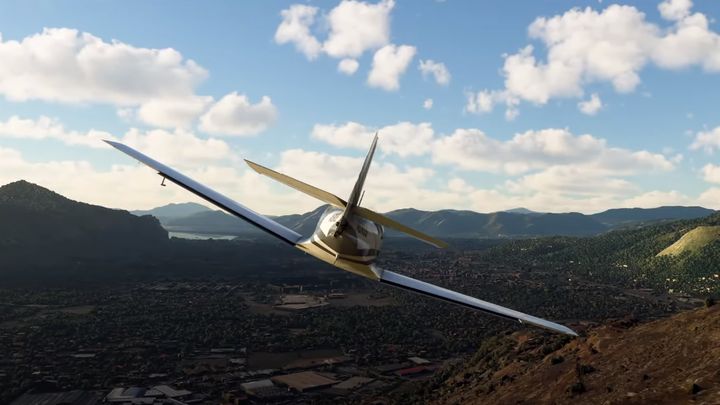 It seems that Microsoft Flight Simulator has more than met the expectations.

Tomorrow, Microsoft Flight Simulator, the highly-anticipated flight simulator from Asobo Studio, will launch. The game will be available on PC (a Xbox One version is also in preparation, but it will appear later) for $59.99. It is worth noting that we will also be able to play the game by subscribing to Xbox Game Pass (PC).

The first reviews suggest that we are dealing with an outstanding title, which takes flight simulators to a whole new level.

"Microsoft Flight Simulator is legitimately incredible. It's difficult to fully describe how amazing it feels to jump into a plane and have the freedom fly to and from literally any place in the entire world. The base game's 20 included aircraft feel like more than enough for even hardcore aviation enthusiasts, and the ability to adjust the assists to tailor the experience to whatever skill level you desire makes it suitable for anyone looking to fly the friendly skies from the comfort of their home.

The real-world mapping data, however, takes Microsoft Flight Simulator from being just an impressive game to the most awe-inspiring simulation I've ever experienced, in spite of its less than stellar load times. Seeing famous landmarks, landing at the world's most recognizable airports, or just touching down in a remote landing strip in South America is mind-bogglingly cool and an absolutely unparalleled way to virtually explore our world," Seth Macy, IGN.

"There is nothing like the Microsoft Flight Simulator. The game provides us with a world of unrivalled quality, combined with precise controls and realism on an unparalleled level. If you want to taste the sky, this game is virtual perfection. And if you are learning to fly in the real world, nothing can improve your skills as well as Microsoft Flight Simulator," Ron Burke, GamingTrend.

"Microsoft Flight Simulator is not only the ultimate simulator, but also a technological business card that inevitably catches everyone's attention. If you have a good computer, you won't be able to ignore it for long," Gianluca Musso, Eurogamer Italy.

On Metacritic, the title currently has an average review score of 94%. On OpenCritic it is almost the same (93%).

Black Marsh Revelead on Latest Presentation of Beyond Skyrim Project