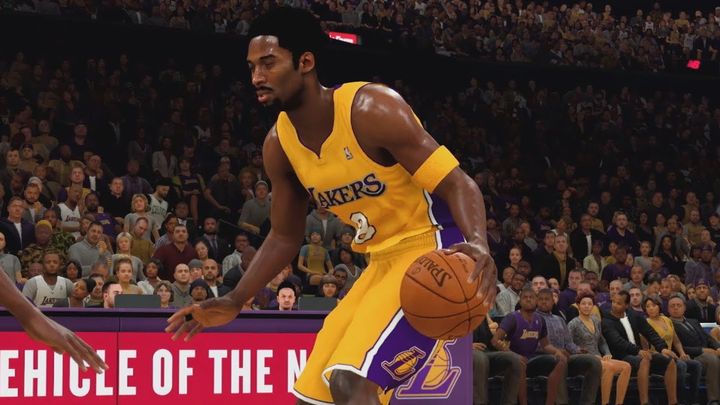 NBA 2K21 has won the hearts of neither experts nor players.

A few days ago NBA 2K21, the latest installment of the basketball series of sports games developed by Visual Concepts, had its releases. The title is available on PC, PlayStation 4 and Xbox One for $59.99. A lot of reviews of the game have already appeared online.

According to reviewers, we are dealing with an average title that does not introduce too many interesting novelties - some things even seem to be outright copied from the previous installment. The game looks like a game that was made to be quick and cheap - it's a kind of "filler" before a potentially more impressive next-generation release. Some experts also point to annoying, ubiquitous microtransactions.

"Its hard to escape the feeling that the current-gen version of NBA 2K21 is merely a rushed appetizer before the next-gen main course. Yes, NBA 2K21 can still be a great time, but stagnant presentation, copy-and-pasted modes and features, and new mechanics that clearly werent fully worked out combine to make the game feel like a half-hearted buzzer beater throwaway," Nathan Birch, Wccftech.

"Even though the core gameplay is solid, most game modes are riddled with micro-transactions that prioritizes grinding and monetization over enjoyment," Jaz Sagoo, COGconnected.

"The coronavirus has extended the previous season of the NBA, and the next gens are already very close, so this is not the best time for this installment, which is a typical continuation. However, it is still a great basketball game," Rafael Aznar, Hobby Consolas.

On Metacritic, the title currently has an average review score of 68% (with the PlayStation 4 version being the most frequently tested, with only a few journalists checking the other editions). The OpenCritic average is the same (68%), but it should be noted that only 33% of reviewers consider the title worthy of recommendation.

It is also worth noting the very low user ratings - so called User Score NBA 2K21 on Metacritic is currently only 1.1. 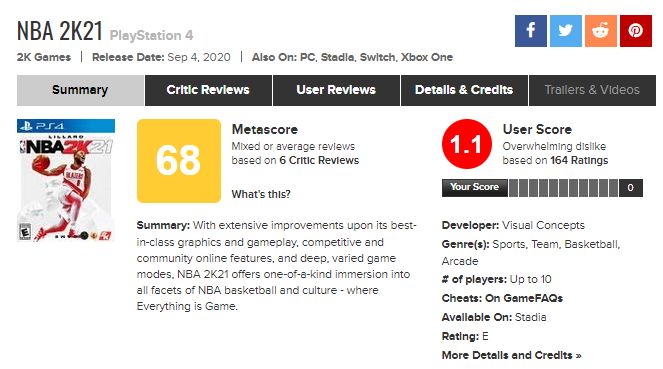