Tomorrow, on November 6, Need for Speed: Hot Pursuit Remastered will debut on PC, PS4 and Xbox One. Players are curious to see if the devs at Stellar Entertainment have managed to convey the spirit of the original and improve the game. The refreshed version of the 2010 game has received its first reviews.

The critics agree that the game remastered by Stellar Entertainment is a good game. On Metacritic Need for Speed: Hot Pursuit Remastered boasts an average score of 75 points on both PS4 (based on 15 reviews) and Xbox One (7 reviews). It's not, of course, a score that makes the title claim the best game of the year, but it is certainly a solid representative of the genre. Among its main advantages are the graphics, improved enough not to be too far removed from contemporary competitors, and the fidelity to the original in terms of mechanics. Also noteworthy is the fact that the remaster includes all the add-ons, such as the SCPD Rebel Racer Pack, Super Sports Pack, Armed & Dangerous Pack, Lamborghini Untamed Pack and Porsche Unleashed Pack, which add a few hours of fun and many new cars. 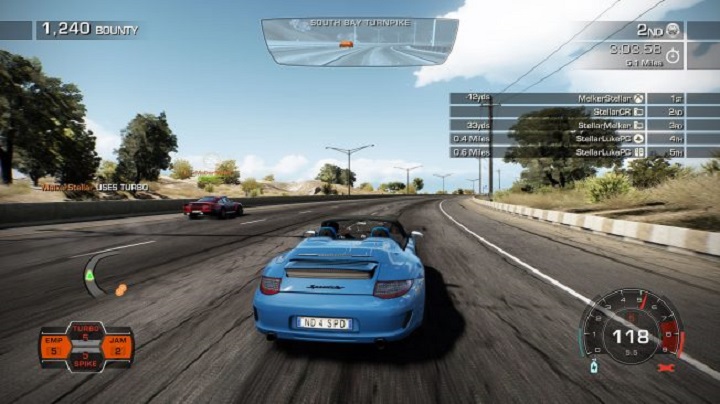 Now everyone will be able to paint their Porsche in any color they like.

An interesting novelty with respect to the 2010 title is the addition of the possibility to create our own car colors. We have been given a lot more than just a few of the originally available colors and a palette of shades was added, thanks to which we can paint the car the way we want, without limiting ourselves to what the creators propose.

As far as the downsides are concerned, however, the visuals sometimes shows that the whole thing is just a remaster, not a complex remake. In addition, fans of the series used to the tuning options will be disappointed, because there are practically no such options here.

As you can see from the video above, the changes in the visuals are subtle, but visible. From a technical point of view, it should also be mentioned that the PC version now works with uncapped frame rate and support for ultra-wide monitors. The biggest changes came from the console player's perspective, as Need for Speed: Hot Pursuit Remastered works on the PS4 Pro and Xbox One X at 1080p and 60 fps or 4K and 30 fps. The basic versions of the consoles offer 1080p and 30 fps (which may be a bit surprising, given the rather small requirements of the title).

Need for Speed: Hot Pursuit Remastered will debut on PC, PlayStation 4 and Xbox One on November 6, this year. A week later it will also appear on Nintendo Switch.

Among Us Devs:  Don't Listen to Hacker Threats