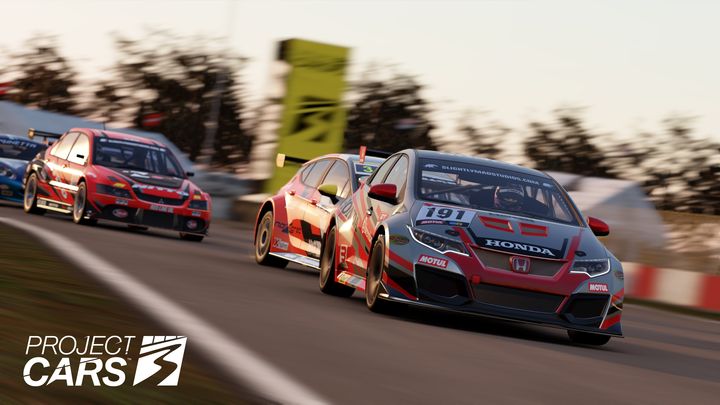 Project CARS 3 is a quite successful game, but it is very different from previous installments.

In a few days, Project CARS 3, a new racing game from Slightly Mad Studios, will debut on the market. The game will be released on PC, PlayStation 4 and Xbox One (next-gen editions will also be released later). A lot of reviews of this title have already appeared online.

Reviews of Sligtly Mad Studios' title suggest that the developers have created a decent game, but not good enough to compete with the top of the genre. There's also the opinion that it's a title that differs significantly from previous installments and will not necessarily appeal to all fans (it's much more arcade).

"Anyone who didnt like what Project CARS and Project CARS 2 offered, will love Project CARS 3. But also, the inverse is true; if you loved the first two for their pure unadulterated simulation, youre likely to be turned away with this third entry. I found it a bit of a balanced approached thats way more focused and in-line with other games in the genre, that remains appealing to me. Project CARS 3 is incredibly deep, retaining a lot of the DNA of what makes it so good," Scott Ellison II, Saving Content.

"Project CARS 3 suffers from a case of mistaken identity. Once you adjust to the new direction, you can get into a fun flow of ticking off objectives, drifting around hairpins and purchasing upgrades. However, while the series' existing platform means you get a great variety of circuits, cars and weather conditions, it also shackles this game from being a great arcade racing experience," Tom Harrison-Lord, TheSixthAxis.

"In a lot of ways Project CARS 3 is reminiscent of the Forza Horizon series, though executed without any of the flair or fun that made the latter enjoyable. If youre a racing fan, be it arcade or simulation, I recommend you avoid this game  its a thoroughly unenjoyable experience from a once great series," Hamish Lindsay, Stevivor.

On Metacritic, the title currently has an average rating of 73-78% (depending on the platform, with the PC version being rated worst). The OpenCritic average is comparable - 74% (it is worth adding that 76% of reviewers consider the title worthy of recommendation).

Yakuza: Like a Dragon Scheduled for Release in Fall