Project CARS 3 is the third instalment of the popular racing games series, developed by the Slightly Mad Studios team (owned by the British company Codemasters since 2019). In the portfolio of the studio, in addition to earlier parts of the series, you can find such productions as Need for Speed: Shift, Shift 2: Unleashed or Test Drive: Ferrari Racing Legends.

The core of Project CARS 3 is a Career that has been completely redesigned in comparison to the previous parts of the series. It now has a structure that is more similar to the arcade racing game traditions (the player starts with free road cars and gradually moves on to more and more powerful machines) and is more friendly to newcomers. The game also offers a relatively wide range of possibilities for setting up the difficulty level and car assists - while maintaining realistic settings for veterans (however, the driving model has been somewhat simplified compared to Project CARS 2).

In Career mode we get access to our own garage, which we gradually fill up with purchased cars. We use for that the currency we receive as we reach the next level of experience. The PC3 introduces the possibility of improving vehicles by purchasing parts that increase their performance index (similar to the Forza series). To a limited extent it is also possible to modify the appearance of cars (e.g. ready-made aerodynamic packages, wheels and license plates). In addition, a complex body painting editor has been created and a handful of driver personalisation options are available.

Project CARS 3 also introduced a number of other important changes. Above all, the manufacturer has refreshed the gamepad steering model, giving a nod to the less advanced players, and has developed a new tyre simulation, improved artificial intelligence and increased the impression of speed while driving. The authors abandoned such elements as mechanical damage to cars, pre-race qualifications (in single player mode) and pit stops.

To the disposal of the players were given around 200 cars divided into ten classes and over 140 tracks (including brand new ones such as the Interlagos in Brazil's Sao Paolo or the streets of Shanghai), which can be seen in a full cycle of day and year seasons, in a wide range of weather conditions. Unfortunately, some of the content of Project CARS 2, headed by the famous Spa and Le Mans circuits and rallycross tracks and cars, were missing.

Project CARS 3 allows you to play in both single and multi-player mode. The main game mode is Career (described above), which includes classic races, time trials and a new feature in the form of Demolition (smashing gates on time). Multiplayer is divided into two variants. We can compete with other players in the traditional competition (prepared by the players or the developer of the game) or choose the previously unavailable asynchronous Rivals mode, in which we race against the "ghosts" of other users. A new ranking system, challenges and prizes have been developed especially for the multiplayer mode.

Project CARS 3 was developed on the improved Madness engine, known from previous instalments of the series and Shift cycle. It generates graphics on a quite realistic level, especially the cars have been rendered with great care. No less attention was paid to tracks that resemble real ones.

The game runs on consoles in 60 frames per second. The PC version, which has no limits, additionally supports virtual reality sets and image resolution up to 12K. 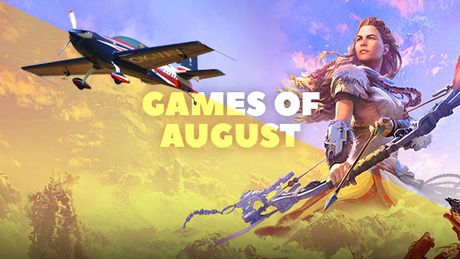 Project CARS 3 will soon be announced. This information was provided by Ian Bell from Slightly Mad Studios, who does not hide his excitement with the game.

Codemasters has announced that it has purchased the Slightly Mad Studios team, the devs of the Project CARS series. The result of this undertaking is to be the creation of a  global leader in the genre of racing games.

The third installment of the Project CARS racing game series has been officially announced. The information was accompanied by the first trailer running on the game engine. Project CARS 3 will be released this summer on PCs, Xbox One, and PlayStation 4.

Bandai Namco and Slightly Mad Studios have revealed the launch date of Project CARS 3. The third installment of the realistic racing series will be released before the end of summer.

The team at Slightly Mad Studios revealed the hardware requirements of the PC edition of Project CARS 3. Kris Pope also revealed that Career Mode will provide us with over 40 hours of fun.

A lot of reviews of Project CARS 3, the latest game from Slightly Mad Studios, has appeared on the web. It seems that the developers decided to go with their flagship series in a slightly different direction, because we're dealing with a game that is very different from previous installments.

The rumors from a few days ago turned out to be true. Codemasters, a company known to all fans of racing games, will be taken over by the industry giant Take-Two Interactive, which also owns developer Rockstar and publisher 2K Games.

EA Buys Codemasters; DiRT and Need for Speed Owned by One Publisher

Not Take-Two, but Electronic Arts bought Codemasters. At the last minute, EA made a bid of $1.2 billion to acquire the F1 license and the DiRT, GRID and Project CARS series.