In August, PC users will finally have something to celebrate. They're finally getting one of PS4's most-wanted exclusives, Horizon: Zero Dawn. And that's just the beginning of their treats. PC also gets the newest Total War, the final build of Factorio, as well as the highly anticipated Baldur's Gate in Early Access. When it comes to multiplatform games, we're getting Project CARS 3, the new game from the developers of Life is Strange, and the adaptation of a cult anime, Captain Tsubasa. 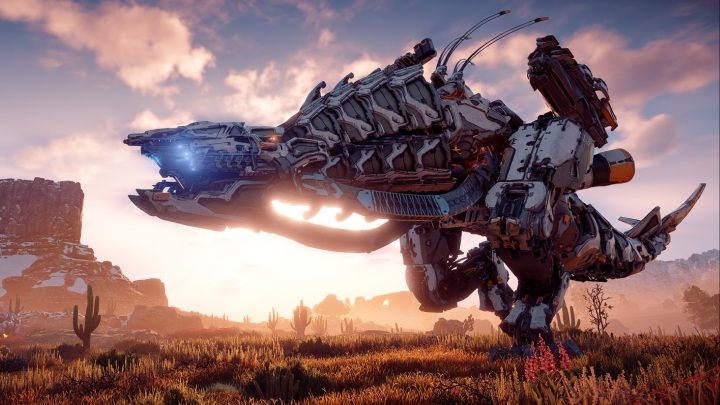 What is Horizon: Zero Dawn?

One of the most important games originally released for the PlayStation 4, which will lose the exclusive status three years after its original release, and will now be released on PC. Horizon: Zero Dawn is an open-world action adventure game developed by Guerrilla Games, creators of the popular series of console first-person shooters Killzone.

What's up with the mechanical dinosaurs?

The action Horizon: Zero Dawn takes place in a post-apocalyptic reality, in which humanity has gone back to hunter-gatherer society, and must share a planet with extremely dangerous, mechanical dinosaurs. During the game, we play Aloy, a young warrior from the Nora Tribe who embarks on a dangerous adventure. The story of the game is divided into two parallel threads  the search for information about the cataclysm that led to the collapse of the ancient civilization and the appearance of mechanical dinosaurs, and Aloy's fight against a mysterious threat that jeopardizes humanity's future.

The action of the game takes place in a stunning, vast world made up of snow-covered mountain ranges, sun-scorched deserts and overgrown jungles. On her way, Aloy also encounters the ruins of an ancient civilization, including mysterious bunkers filled with advanced technology. The game is focused on combat  we get a wide arsenal of ranged weapons (bows, futuristic machine guns, rope throwers), traps, or spears. Fights can also be simply omitted by sneaking. In addition to the main story line, Horizon contains a number of side quests commissioned by independent characters and collectibles that expand our knowledge of the lore. As more beasts are defeated, Aloy gains new abilities, divided into several development trees.