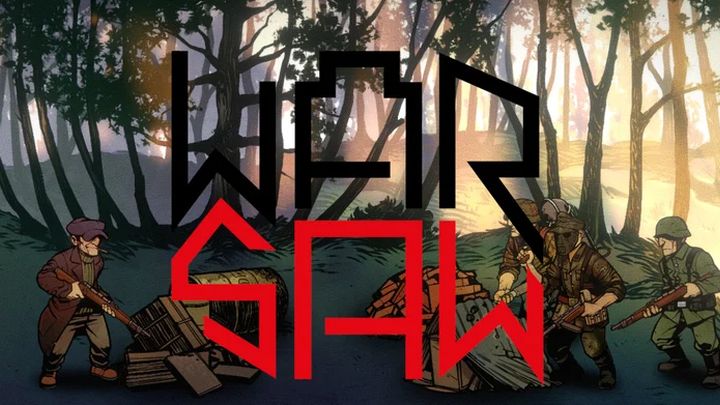 Warsaw is a successful title, but not without its flaws.

Yesterday, Warsaw, a new game from Pixelated Milk, set during the Warsaw Uprising, debuted on PC. The title has been rated by some journalists and received mixed scores - the average of reviews on Metacritic is 68%. Experts like the solid atmosphere, artistic style and mechanics, but some of them complain about bugs and misguided ideas.

"The title from Pixelated Milk does not want to delve into historico-political disputes, it is only up to the player to decide whether they take advantage of the material shown in the game to form their own opinion on the uprising or to settle for the surface layer of narrative and enjoy a tactical RPG created with passion. Warsaw tries to tell an obscure fragment of Polish history that still resounds in the souls of those who remember it; Those who, like me, new nothing of it, can learn why in Warsaw many historic buildings are not admirable and why every August 1, a minute of silence has been celebrated for the last 74 years. In my humble opinion, this is the best demonstration of how the developers have succeeded in their intent. If some of the less prominent gameplay components other then the combat system were expanded this would have been a must-buy title, but it is worth giving it a shot nervertheless if you appreciate this type of games, " Alessandro Alosi, The Games Machine (8.3/10).

"Warsaw is challenging at times to the point of harsh realism and it has an assortment of foes to take out. But, with mechanics that are downright arcadey and odd, Warsaw's missteps mar what could've been a brilliant look at a major event in Poland's history during World War II," Jason Rodriguez, PC Invasion (6/10).

"Warsaw is a good installment in the dungeon crawler genre with its historical theme, excellent artstyle, and atmosphere carrying the experience. However, it can feel tedious at times with the slow responsiveness of skills during combat and some grindy situations in combat," Maxim Klose-Ivanov, Cultured Vultures (8/10).

This is also the case with Steam users' opinions - at the time of writing this text only 53% of players rated the new title from Pixelated Milk positively. However, it is worth noting that the game has only 45 scores, so the average may improve over time.

"Warsaw is a very good game. The level of difficulty is quite high, especially since the game is unforgiving - if one of our characters dies during a mission, we lose them irretrievably. The game is saved in real time, so we cannot just load the game. During my first approach I lost all the main characters and had to fight using recruits who are terribly weak, so keeping our main characters alive should be a priority. The game only explains the basics of combat, and the rest we have to figure out by ourselves - I'm pleased with this solution, because it gives a lot of satisfaction," writes DarthLevy.

"I was very excited waiting for the launch, hoping for a difficult game in a very interesting historical background. Unfortunately, some major drawbacks meant that I had to return this title and I can't recommend it, at least in its current state," judges Qzzz.

"It is a nice game with great music and atmosphere shows the condition of Warsaw in 1940s, and we will appreciate it if you can provide Chinese language version, and I can promise this will let you guys gain more money and much higher reviews here among Chinese players who love Darkest Dungeon or games like this," writes xmh123.

Warsaw is currently available only on PC (Steam). The developers are also planning to develop PlayStation 4 and Nintendo Switch versions, but at the moment it is not known when they will be released.