The leaks circulating for several days now have been confirmed. Diablo Immortal - Diablo's spin-off intended primarily for smartphones - will soon receive the first major update. Forgotten Nightmares, for that is the name of the update, will be made available on September 27. Some of the planned new features will be added later.

The location is designed for groups of 2 to 4 players at experience level 60 or higher. A distinctive feature of the Silent Monastery is to be the black fog - limiting visibility to a minimum and intensifying the power of demons - which will be dispelled with the help of statues (illuminating the area). Finally, the developers have prepared a boss fight: Ancient Nightmare. 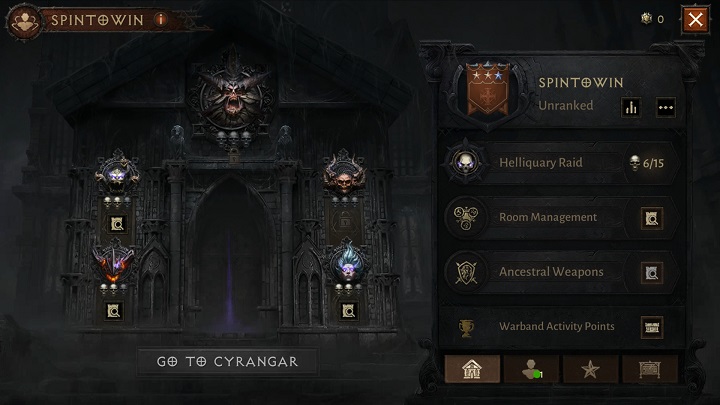 After completing the secret quests, players will receive a new "home", which will replace the old location at Warband camp. Cyrangar Castle will introduce two gameplay modes: clearing the depths and defending the castle.

These tasks will be for players of at least experience level 20 who are already party members.

By participating in challenges at Cyrangar Castle, players will have a chance to earn Ancestral Weapons. Placing them on the Ancestor Board (located in the heart of Cyrangar Castle) will result in characters being assigned boosts to strength, intelligence and dexterity (for all warband members, one weapon per character). If the new weapon is used in the Cyrangar Castle quests, you will also receive new special powers that can be upgraded into additional invocation properties. 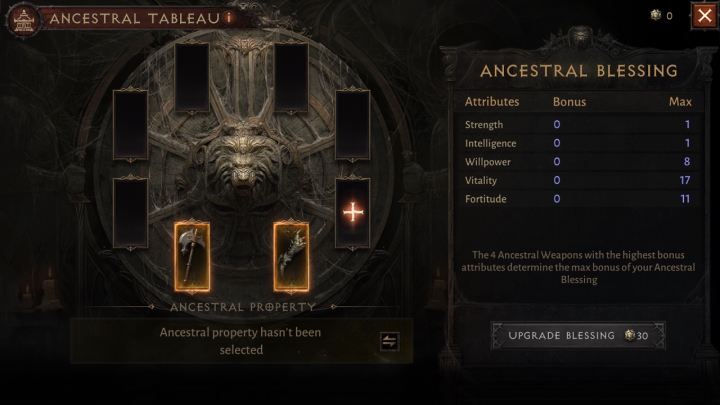 The Scions of the Storm battle pass will be dedicated to the eponymous storm. The pass includes 40 ranks tied to challenges and rewards, such as legendary gems, coats of arms, armguards and more. Those interested will be able to upgrade their battle pass throughout the season to one of two forms.

Demon leader Wrathborne will be faced by players with a combat rating of at least 6175. The reward for defeating the opponent will be crown of Wrathborne, giving 30 combat points and a 10% bonus to movement speed while in the Rifts of Challenges.

The event offers special single-player or multiplayer quests for which you can receive rewards (including: a "Congratulations" emote).

Three legendary gems have been added:

In addition, for three weeks after the update's release, players will be able to enable a modified five-star drop table, which gives a 50% chance of dropping a Frozen Heart (instead of another top level gem).

A detailed description of the changes can be found on the official website of Blizzard, where you can also find an updated list of fixed bugs.