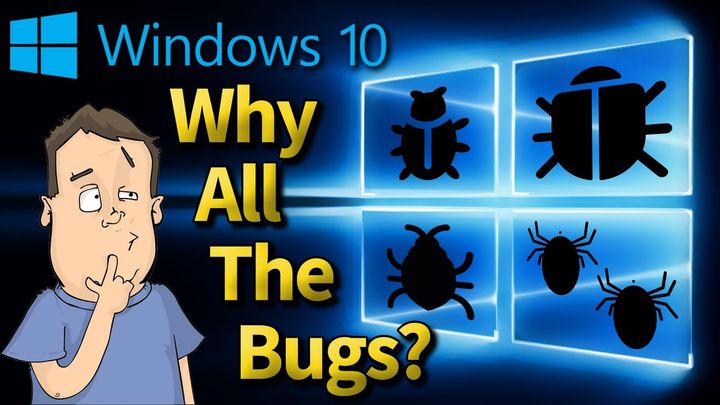 Jerry Berg - from the Barnacules Nerdgasm channel - has recently released a video in which he talks about his work at Microsoft. Man focuses mainly on Windows bugs and explain why there are many more bugs now than there were a few years ago. We owe everything to a whole series of changes that the developers of the system have recently made.

Berg worked at Microsoft for 15 years and at the end of his career he was a Senior Software Development Engineer in Test. His task was to design and automate the Windows software testing system. Jerry left the company when Windows 8 Update 8.1 was made available to users.

Many users of Microsoft's latest system may have noticed that errors start showing after some of the updates. But where do they come from? Doesn't the company have a QA team? Berg tried to answer this question in his video.

As the former Microsoft employee presents the matter, changes are the main culprit. In the years 2014/15 the company employed a whole team consisting of many groups whose task was primarily to test. The experiments were carried out under laboratory conditions, manually on physical devices with different configurations. Motherboards, processors, graphics cards, disks, etc. were swapped and tested again. All this is in order to obtain the most reliable results similar to those obtained by the users themselves. Of course, the software was also tested automatically, but this was not the main method.

Unfortunately, after some time Microsoft dismissed the whole dedicated Windows team and created a special group, which was responsible not only for the system for personal computers, but also for Windows Phone and software for the Xbox console. Manual tests on physical devices were also discontinued. Instead, now everything is done on virtual machines.

Today, in addition to testing on virtual computers, data is obtained from Windows Insiders. If something goes wrong with someone, Microsoft will quickly find out about it. Berg says that the problem in this case is that not all the problems are captured here and the programme itself can be unreliable.

Microsoft is trying to fight this onslaught of bugs, for example by gradually releasing each update, but it's not that easy.