Call of Duty: Warzone, a free online FPS battle royale based on the last year's Call of Duty: Modern Warfare, debuted last Tuesday and quickly gained huge popularity. According to recent information, the number of people playing the title has already exceeded 15 million. Among these daredevils, there is intense competition not only for victories in individual matches, but also for achiving them in the most spectacular way pssible. Information about teams breaking records in the number of frags in a single match are constantly popping up on Twitter and YouTube. Today, one of the teams has managed to score 78 frags. This is probably the best result in the world today.

The record was set by a team headed by Mark "Zepa" Zepackic, a professional Call of Duty player and a member of Mindfreak. He himself managed to take down 27 opponents and inflict 8065 points of damage. One player to best him was user Lymax (29 frags and 8145 damage). The table was closed by micka with 16 eliminations and 6265 points of damage dealt.

It's worth noting that it's not the first time Lymax and micka have contributed to breaking frag records in Call of Duty: Warzone. A few hours earlier the team in which they played managed to eliminate 73 opponents. They were accompanied by a player called SETZ at the time. 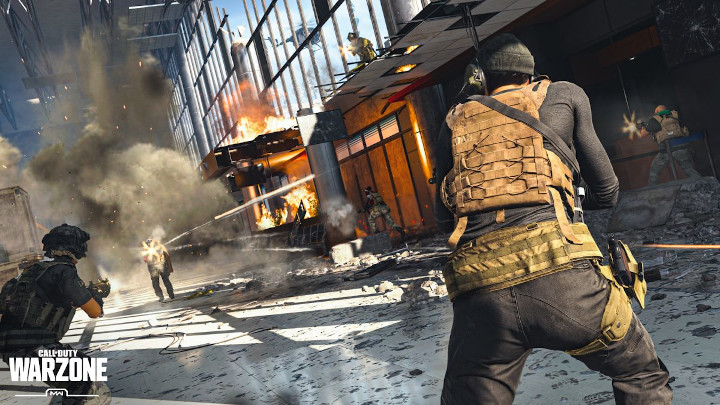 The fight for glory and as many frags as possible in Call of Duty: Warzone is in full swing

As far as individual achievements are concerned, from what we know so far, the record belongs to streamer GaGOD, In one match in Call of Duty: Warzone, played on March 13, he managed to eliminate 38 opponents and inflict 9695 points of damage. You can watch the whole game on the video below.

It's worth noting that the records in the number of frags in Call of Duty: Warzone are growing very fast. In just 48 hours after the launch, some teams managed to eliminate 57 opponents each in one match. Will we get to the point when one of the teams manages to exceed 100? It will certainly be difficult, but who knows? Anything is is possible at this point.