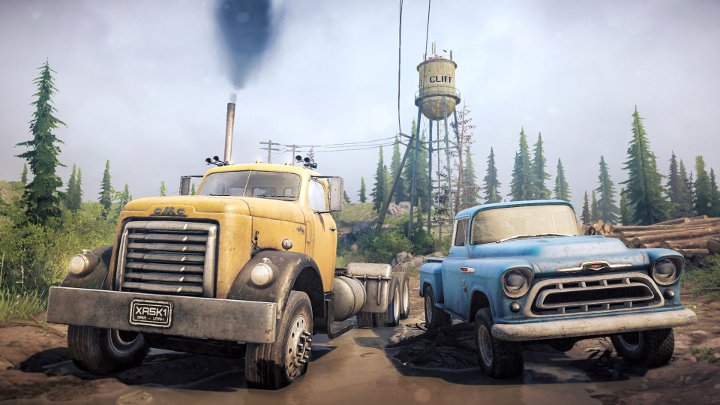 Another free DLC for Spintires: MudRunner is available.

Focus Home Interactive and Saber Interactive have once again prepared a nice gift for all lovers of wading through muddy and inaccessible wilderness. Today Spintires: MudRunner has received a new free DLC called Old-timers. All owners of this popular off-road truck simulator on PC, PlayStation 4 and Xbox One can download it at no extra charge.

As the name suggests, Old-timers takes the players on a small journey into the past. All because of two new vehicles straight from General Motors, which it introduces to the game. These are the 1957 NAPCO 3100 Chevrolet and the 1950s GMC DW950, both are compatible with many previous extensions.

In addition, the DLC includes two trailers and a new map that takes virtual drivers to the Rocky Mountains. It is designed for veterans who want a challenge. You won't find any garage, and the game focuses on off-road climbing, which requires some thinking. A small taste of what's waiting for offroad daredevils in the new expansion can be found on the trailer above.

It is worth noting that the Old-timers DLC does not require the large American Wilds add-on. 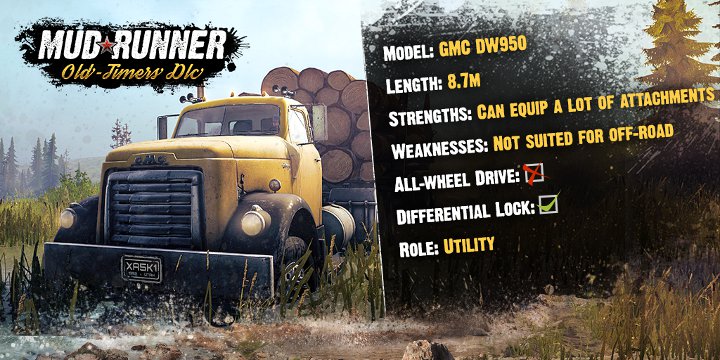 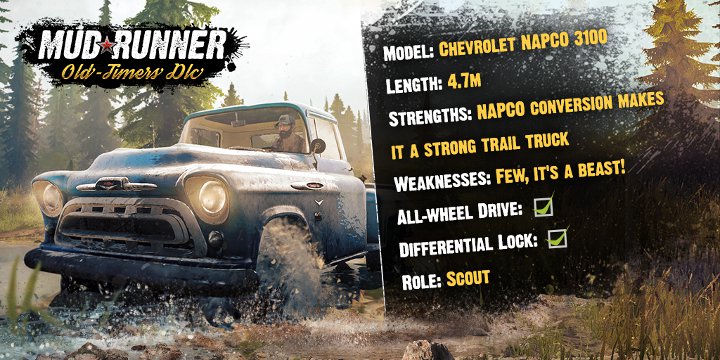 Here are the new trucks added in Old-timers.

It is worth noting that the list of attractions planned by Focus Home Interactive and Saber Interactive for Spintires: MudRunner is much bigger. The title will receive further free add-on. Novelties are to appear with the launch of MudRunner 2, which is scheduled for this year. Announced over eight months ago, the title is coming to PC, PlayStation 4 and Xbox One.