Spider-Man Coming to Marvel's Avengers on PlayStation Later This Year

One of the devs of Marvel's Avengers stated that we will most likely see a PlayStation-exclusive DLC featuring Spider-Man later this year.

Black Panther will debut in Marvel's Avengers on August 17 this year along with a major update adding a new story, location and enemy faction. What's more, a free weekend with the game starts today.

Just two weeks after the launch of Blood Money, the next big expansion for Red Dead Online, and already today we received another update with content. Among other things, a new Opportunity, a quest, as well as a lot of deals on items appeared in the game.

The free DLC Butcher's Banquet for Sniper: Ghost Warrior Contracts 2 is now available on PC and consoles. On the occasion of its release, CI Games prepared a new trailer.

On Monday, Ubisoft announced the introduction of one-handed swords to the game as part of its next update. The new weapon type will be coming to the game in the near future.

Developers from EA Maxis revealed that just before the release of the Cottage Living DLC for The Sims 4 players will be able to access for free the calendar known from one of the previous expansions - Seasons. However, there is a catch.

The long-awaited for months free update to Red Dead Online called Blood Money launched today. The mafia employer is already waiting for a team of cowboys ready to raid, rob and put the screws to his enemies.

GTA Online and Red Dead Online will receive new content. The first of Rockstar Games' summer updates for the games will arrive next week.

Sony continues its Play at Home campaign and will once again offer free gifts. This time it will be additional content for selected titles.

Electronic Arts has released a number of extras for Mass Effect on its website, available for download completely free of charge.

PlayStation 4 owners can now download a dynamic theme inspired by Days Gone for free. The gift from the team at Bend Studio can be picked up only today.

Developers from Fatshark announced that their latest work - Warhammer: Vermintide 2 - has received a free update, titled Chaos Wastes. It introduces a number of new locations and another roguelike-inspired gameplay mode.

As previously announced, the refreshed Renault Trucks T and T-High truck models made their debut in Euro Truck Simulator 2 yesterday. These are available to all players completely free of charge.

PC Building Simulator has received a new update on Xbox and PlayStation, numbered 1.2.0. Among other things, it adds over 250 new component, including AMD Ryzen processors and Nvidia RTX GPUs.

The mount that won last year's community vote is now available in World of Warcraft. The Wandering Ancient, as it is called, can be picked up by all people who have the Shadowlands expansion on their accounts.

IO Interactive released a list of highlights coming to its game in March. Hitman 3 will receive new contracts, missions and weapons.

More than 10 million people have already played Minecraft: Dungeons. As a thank you, players will receive free items in the next patch.

The Blockworks group created a free map for Minecraft - Dungeon Dash RTX. It enables us to face enemies in a series of unique and dangerous dungeons.

IO Interactive published a video on YouTube, in which it informs about its plans for the next weeks in the context of implementing new content to Hitman 3.

Developers at Mediatonic have announced new content that will be coming to Fall Guys: Ultimate Knockout with the release of season 3.5. We'll be getting a new level and some outfits, among other things.

Creepy Jar released a trailer and revealed the release date for Spirits of Amazonia update for Green Hell. The update, which will debut later this month, will introduce a new mode, offering a prequel to the main storyline.

Immortals Fenyx Rising received an update that not only fixes some bugs, but also adds a new mission that offers a preview of the upcoming expansion titled A New God.

The devs of the Minecraft are giving away gifts. In Bedrock version we can receive four maps offering completely different gameplay mechanics. Users playing in the Java Edition can get two maps as well as a set of skins.

CD Projekt RED announced that at the beginning of next year we will see the release of the first free DLCs for Cyberpunk 2077.

We would like to remind that veterans of World of Tanks can still ger free tanks and other prizes. New players can also count on gifts, but the more years we have spent with the game, the more we will gain.

Free content promised before the launch appeared in Assassin's Creed: Valhalla. The Yule Festival enables us to take part in mini-games and get seasonal gear.

Crystal Dynamics announced that the first free character to be added to Marvel's Avengers will be Kate Bishop. A month later her mentor Hawkeye will join the game.

Cyberpunk 2077 Will Get Free DLCs

Developers from CD Projekt RED confirmed on Twitter that Cyberpunk 2077 will receive free DLCs - just like the The Witcher 3: Wild Hunt used to.

Maxis revealed the release date and content of another big patch for The Sims 4. The update will introduce firefighters and bailiffs to the game and introduce some improvements to the equipment interface.

Geralt of Rivia get a guest appearance in another game. This time we are talking about Daemon X Machina - a post-apocalyptic action adventure game with mechs in the main role, developed by First Studio. The title is available only on the Nintendo Switch console.

VideoProc, a highly rated movie editing software, is now available for free on the developer's website. The promotion will last for less than three weeks. The application seems to be an interesting alternative to expensive competition.

Spintires: MudRunner has received another free DLC. Old-timers, as it is called, adds a new map, vehicles and several other attractions to the game. The expansion is available on PC, PlayStation 4, Xbox One and Nintendo Switch.

A new trailer of Sea of Thieves called Tall Tales - Shores of Gold, that reveals a story campaign, has appeared on the web. The campaign will debut for free on 30th of April, with a large update for the first anniversary of the title.

Welcome to your Daily Batch of News From the World.

Today we report of the new drivers released by Nvidia and AMD, a new developer team formed under the umbrella of Take-Two Interactive Software and 2K Games. Welcome to the latest news from the world  your daily dose of facts.

DICE released a new update to Battlefield V. In the Lightning Strikes you will get, among other things, Squad Conquest mode and new weapons.

Matt Makes Games studio has announced that the release of the free DLC for Celeste platformer has been delayed. However, some new details about this add-on have been revealed. 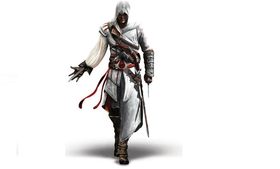