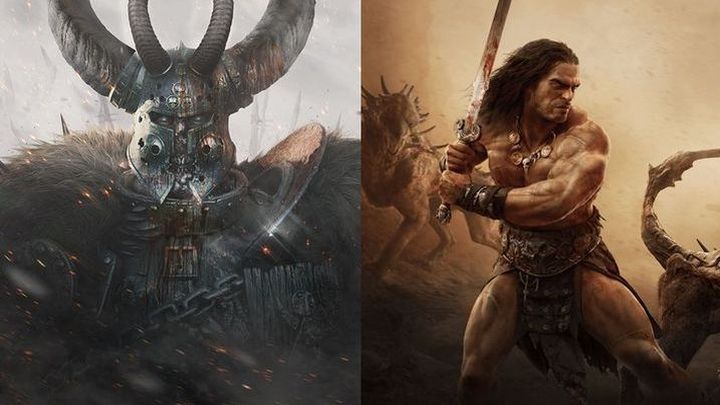 If you like dark fantasy settings and online gaming, you should book some time this weekend. During the next two days, Steam will enable you to try out for free as many as two such interesting productions - the online action game Warhammer: Vermintide 2 and the sandbox survival Conan Exiles. It is also worth noting that both games are now available on the aforementioned digital distribution platform at a reduced price. Vermintide 2 can be purchased for $12.00 (60% discount). Conan Exiles costs a bit more, with the price of $19.99 (50% lower than usual).

The production developed by Fatshark was released on PC in March last year (Xbox One and PlayStation 4 versions were released in July and December) and is a continuation of the title released three years earlier. In terms of gameplay mechanics, the Swedish developer's work is very much like the iconic Left 4 Dead series - so we are dealing with a cooperative action game in which teamwork plays a key role, and the players' mistakes or lack of communication between them may end tragically.

This title from Funcom is a survival-oriented action game. The full version of the title was released in May 2018 (after several months in Early Access). The game evokes associations with such productions as ARK: Survival Evolved or Rust. The game is about exploring locations, fighting and collecting various materials and objects, thanks to which we are gradually able to craft better and better tools, weapons and armour, as well as to build fortresses or even cities.

Warhammer: Vermintide 2 can be played for free until 1 PM on Sunday, and in the case of Conan Exiles the time of the end of the promotion has not been given (it only refers to a period of "three days"), but it is expected to be similar. It is also worth noting that due to the high level of brutality (and in the case of Conan Exiles also nudity) both games are suitable only for adult players. Have fun!