Firestorm, the BF5 battle royale mode awaited by many players, should be added to Battlefield V later this month. Despite the fact that Electronic Arts has not yet published an official trailer, a video presenting the most important aspects of this variant of the game has leaked into the web. Before we invite you to the screening, we must point out that the film does not come from an official channel, so there is no 100% certainty that all the elements listed in it will actually be included in the final version.

The premise behind Firestorm look quite standard. The authors will provide us with a vast map on which we will fight for the victory solo, in the company of a second player, or acting in teams. What's interesting, the mode will feature no character classes - on this battlefield, everyone is equal.

After landing (we will choose the place of the drop by ourselves) it will be worth heading to places of strategic importance - by capturing them, we will ensure access to rare weapons or vehicles, among others. While skillful use of the latter will be able to turn the tide of many battles, when we lay our hands on a given gun, we will have to pay attention to its rarity. Although the standard weapons will work well in the initial phases of the battle, over time you will have to look for an "epic" weapon, equipped with, for example, a scope or a larger magazine.

As far as ammunition is concerned, each weapon class will use bullets of a specific type. It is complicated by the fact that our equipment will have limited capacity (which, however, can be increased by backpacks scattered around the map), which will force efficient resource management (and sharing with allies).

And what if we slip and get downed? When an opponent knocks us down, we will have to wait until another player arrives with relief while fending off enemies with the sidearm. However, if no one moves in to help us - we will bleed out or be finished off by our opponents (of course without the possibility of respawn). 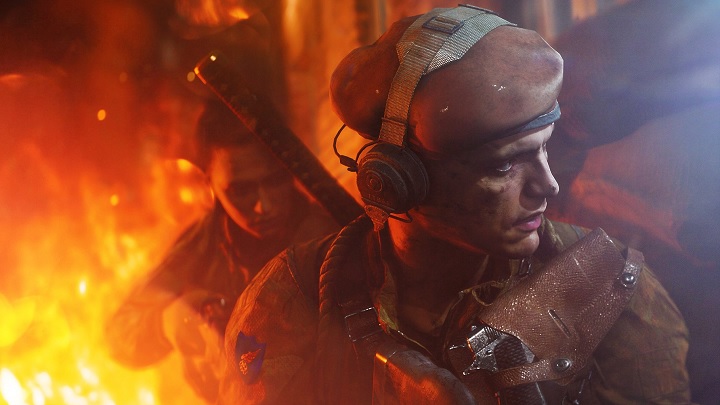 In Firestorm, everyone will be equal - we won't see a division into classes, and we won't be able to respawn after death.

Let's remind that Battlefield V launched on November 20, 2018; the game is available on PC, PlayStation 4 and Xbox One. Although DICE's work was warmly welcomed by critics, its sales results left something to be desired. Within a week of its release, the boxed edition of the gamefound on half the buyers as Battlefield 1 in the same period, and although the game ended up in the hands of more than seven million gamers, Electronic Arts hoped for more.

Behind the Scenes of Cyberpunk 2077