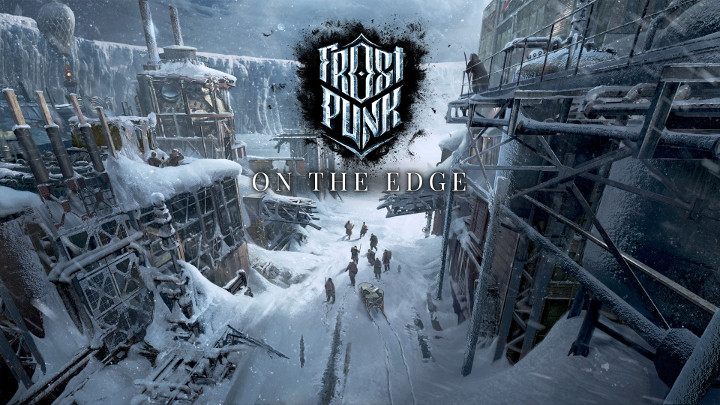 We first heard about the second expansion for the 2018 survival strategy game Frostpunk in June this year. Developers from the Polish studio 11-bit presented a teaser of a project that was previously known as Project TVADGYCGJR. Today, the creators presented not only the first full trailer of the DLC, but also its release date, set for August 20. The add-on will first appear on PCs and will be available on GOG.com, Humble Store and Steam.

Frostpunk: On The Edge starts right after the deadly snowstorm that took place at the end of the campaign of Frostpunk. But the survival of this cataclysm was only the beginning of humanity's further struggle against the omnipresent frost and snow. The great storm unveiled a military warehouse from before the evacuation. A team of scouts sets off from New London. Their task is to explore the area, set up a camp and build a well-functioning supply chain.

The DLC takes us to a completely new map with unique structures. Because there are no animals in the vicinity of the camp, we are dependent on food sent from the capital. However, New London will not support the expedition indefinitely if it does not bring any measurable profits. The new mechanics of building economic and diplomatic relations will be helpful here. The outbreak of conflicts and dissatisfaction in the camp will be prevented by using new techniques of uniting or dividing the population.