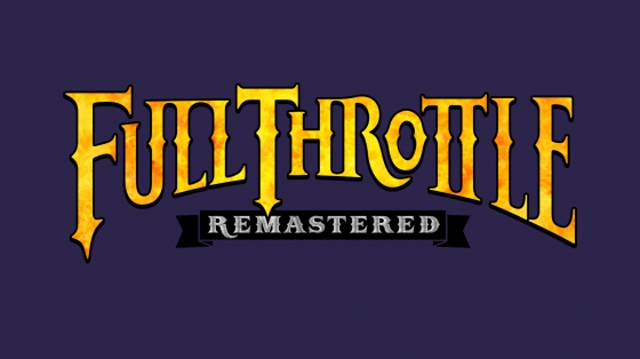 Full Throttle is the next in line to get a remastered edition.

Last weekend brought about some exciting news for fans of Lucas Arts classic point-and-click adventure games. Double Fine Productions announced they are working on Full Throttle Remastered. This same studio previously gave us Grim Fandango Remastered (not to mention their own games, such as Psychonauts, Brutal Legend, Broken Age) and is now developing Day of the Tentacle: Remastered. This new project is coming to PC and PlayStation consoles some time in 2017. Heres the official word:

Full Throttle Remastered will feature all new artwork, with high resolution backgrounds and animation, with each frame being repainted by hand. Well be aiming to restore the sound and music to a higher quality, and well also fill the game with special features like concept artwork, commentary tracks and as many other things as we can think of!

Originally released in 1995, Full Throttle told an intriguing story of a hardcore biker who had to save his gang and the whole motorcycle industry. As befits a game about bikers, Full Throttles score was composed of actual songs of American rock band The Gone Jackals. As for the remastered version we can expect reworked graphics and enhanced audio.