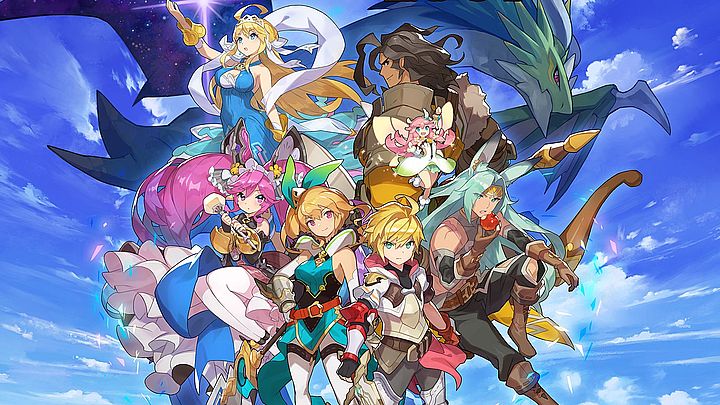 Golden egg-laying goose made by Nintendo.

Available only on mobile devices, the RPG Dragalia Lost is among the games you've probably never heard of, but it brings a huge profit for the developers. Sensor Tower, which analyzes the data of mobile applications, reports that Dragalia Lost has earned more than $100 million. Most importantly, however, it did so less than a year after the launch (the title was released in September last year). In order to achieve such a revenue it needed only 3 million downloads - imagine how much players have to spend in the game (especially since the application is free of charge).

This result places Dragalia Lost as the second most profitable title from Nintendo for mobile devices. It surpassed 2017 Animal Crossing: Pocket Camp, which raised 99 million dollars. Despite the great result, it is hard to believe that Dragalia will be able to dethrone Fire Emblem Heroes, which will soon probably break the barrier of 600 million in revenues. Below you can see the graph with the five most profitable Nintendo productions, prepared by Sensor Tower. 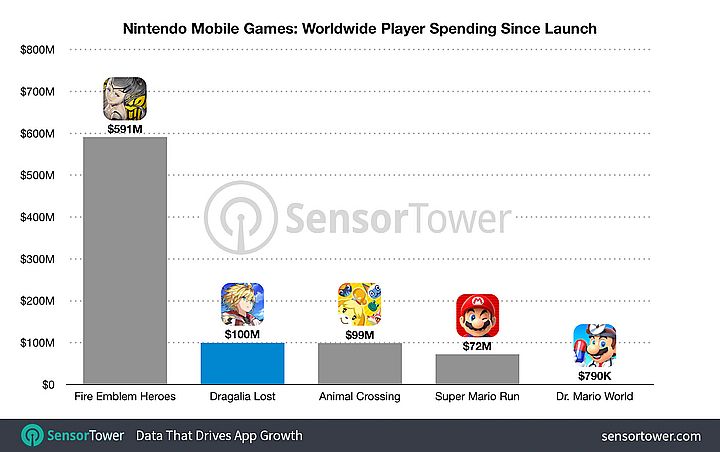 The first place is probably out of reach.

We have to admit that Nintendo's mobile production revenues are impressive. Most of the games are available for free, and all revenues for the company are generated from microtransactions. The exception in this matter is Super Mario Run, for downloading of which you have to pay less than 10 dollars. So if you are looking for a way to earn money, here's an idea: create a mobile app full of microtransactions and launch Excel.