Alphabet Inc. (the holding company for Google entities) is appealing a European Union decision imposing a record fine on Google for monopolistic practices. The Menlo Park-based giant was ordered to pay 4.34 billion euros for pushing its search engine on the Android mobile system. Google, however, says the allegations are baseless and users are choosing Google by themselves.

"We have presented evidence showing that the most common search query in Bing is definitely "Google"."

In these words, the company's lawyer wants to convey that people choose this search engine of their own and free will. In fact, it is enough to do a little research on the topic on the Internet to see that most people use Bing just to find Google . 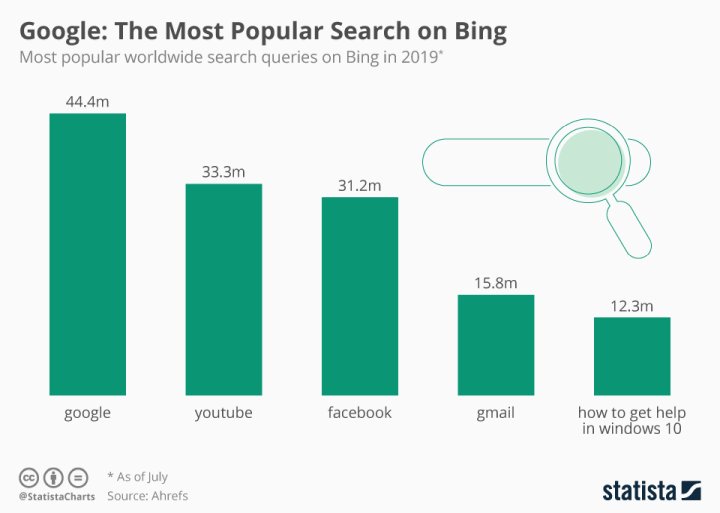 The most frequently typed words in the Bing search engine. Source: Statista

Despite the fact that Microsoft is constantly working on its search engine and browser, they still can't achieve success. Most of us install Chrome (65.13%) on a freshly installed copy of Windows, and only a small part (3.76%) stays with Edge. Perhaps it's just a matter of habit, or maybe quality (just look for memes about Internet Explorer). Although you have to admit that the functionality of the new version of MS's browser, based on Chromium, is anything but inferior.