Grand Theft Auto 4 is an old game, released back in 2008. Despite fourteen years on its shoulders, it still enjoys a lot of popularity. The game is still able to appear on bestsellers lists in some countries around the world.

There's no shortage of players eager to revisit this installment of the Rockstar Games' series, as well as those who play GTA 4 for the first time over a decade after release. That's why we decided to prepare a guide with the most important modifications to improve the game.

The mods listed herein are intended to improve the game in general. They will not change it into something unrecognizable, but only remove bugs and, wherever possible, tweak various elements to provide you with a more comfortable experience in the well-known GTA IV framework. We also selected the most significant mods that make the biggest differences. There are hundreds of improvements of various types in total and it would be difficult to fit them into a single article.

We have created this article with the Complete Edition in mind, i.e. the newest version (1.2.0.0.43). We did it in order to create the simplest possible guide for people who have just bought GTA 4 on Steam or decided to reinstall and update this title.

Why is the version so important? That's because, compared to the previous releases, the changes are huge and in some respects they are changes for the worse. While playing the core story mode, this isn't much of a problem, but many mods don't work with 1.2.0.0.43. That is why we have selected specifically the mods compatible with the Complete Edition.

We may write a separate article concerning ver. 1.0.4.0 specifically (the best edition in the opinion of many modders, especially if you want to engage more advanced mods). We would describe how to downgrade the game to 1.04 and present the best mods for that version.

Install these mods in the specified order.

Game directory on your hard drive.

We assume that you have the game installed on:

If not, just modify the instructions to suit the game's location (...common/Grand Theft Auto IV) on your hard drive.

Rockstar's games are not mod-friendly by default, so fans had to develop tools to expand the possibilities of modifying this game. One of the most important mods and the one you should install first is Ultimate ASI Loader.

The project allows the game to load additional scripts. Lots of fan projects take advantage of this, so installing Ultimate ASI Loader is an absolute must if you want to mod the game.

Download the correct version of Ultimate ASI Loader (32- or 64-bit, depending on your system) and extract the mod where the .exe file that launches the game is located. Most often it will be:

Note that you extract to "GTAIV" (because there is an .exe file there), not to "Grand Theft Auto IV!"

Next to be installed are the GTA IV & EFLC Graphics Fix and EFLC PC Quality Texture mods. The first one corrects numerous visual bugs, and the second one improves the weak textures from the add-ons to match the quality of the core GTA 4.

Download the archive and extract it. Copy the contents of the resulting "install" folder to:

Unpack the archive and copy the "TBoGT" folder thus obtained to:

Another mod you should install is Fusion Fix. This is a project that fixes a number of bugs in Grand Theft Auto IV Complete Edition – for example, the recoil mechanics, different when played with a keyboard / mouse and gamepad, were improved. Numerous problems with mouse control, lighting, shaders and other visual elements have also been addressed.

Here, too, you just need to download the mod and extract its archive to:

The mod requires the Ultimate ASI Loader project to be installed (if you missed it, it's the first item on this list).

Fusion Fix improves, among others, bugs with ads displaying incorrectly in the city.

Unfortunately, Fusion Fix does not fix all problems with the game. So it's best to install ZolikaPatch on top of that. The combination of these mods removes virtually all major flaws from this game.

The installation is the same as in the previous mods – just download the mod and extract its archive to:

Project2DFX is another mod that improves graphics. Adds corona effects to the LOD system, so that at longer distances the engine displays much more details of the virtual world. Objects no longer pop-up out of nowhere. It also removes many limitations of the Grand Theft Auto IV engine, which makes the production more stable, especially when you use mods.

Extract the archive to:

On the other hand, ColAccel is a simple, but extremely useful modification that shortens loading times significantly (even by 50%).

Extract the archive to:

Alternatively, you can extract the archive to:

If you don't have the "plugins" folder there, create it yourself.

Now, it's time to deal with the textures. There are many modifications of this type available, but for the Complete Edition, it's best to use a combination of Ultimate Textures 2.0 and 4K2K Allagga Graphics Mod. The offered new textures are clearly sharper, but they retain the atmosphere of the game and don't clash with graphics elements.

Download the archive and extract it. Copy the resulting "PC" folder to: 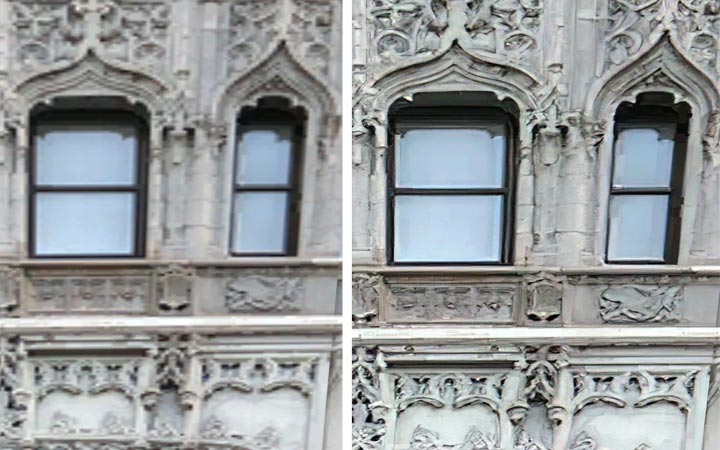 On the left, the texture from the standard version of the game; on the right, the version from 4K2K Allagga Graphics Mod.

The PC version of GTA IV is notorious for its terrible optimization and the released patches have changed little in this matter. If the game doesn't run smoothly on your PC, there are a few things you can do to improve the situation.

Choose only one of these methods! Don't try to install both mods!

DXVK – if your card supports Vulkan

If you have a graphics card supporting Vulkan (not only AMD chipsets, new Nvidia cards also support this technology), then use the mod called DXVK. Download the archive and unpack it, then copy the "d3d9.dll" file (located in "x32") to the "GTAIV" folder.

After installing DXVK, go to Steam Settings, enter the "Pre-catching" section and make sure that the "Enable Shader Pre-catching" option is unchecked! 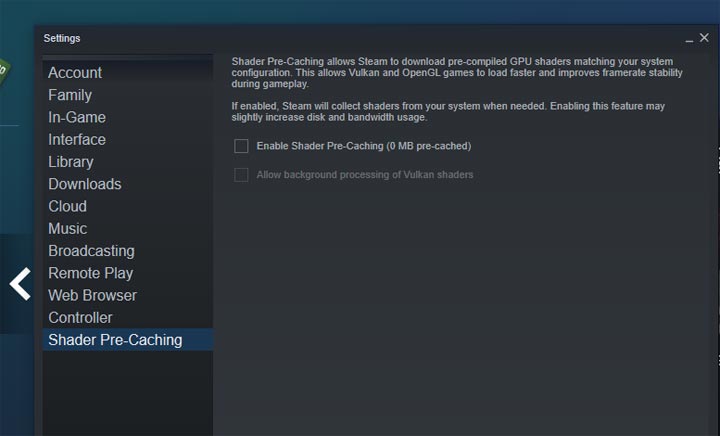 For people without Vulkan support cards, DxWrapper will be a viable alternative.

1. Before installing it, download Ultimate ASI Loader 32-bit (it must be 32-bit version!) and extract the archive. Find the dinput8.dll file, rename it to dsound.dll and copy it to:

3. In Notepad, open the dxwrapper.ini file and change DrawCompat in the "[Compatibility]" section to:

By default, the game can only use 2 GB of RAM. To work around this, right-click GTA IV in the Steam client, select Properties, then type in the "boot options" the following:

Alternatively, you can create a commandline.txt file in the "GTAIV" folder and enter the above commands into it.

To see if it worked, start the game and go to the graphics settings menu. At the bottom you will find a meter showing information about used memory:

Of course, you can also enter larger values. In general, however, even with mods, GTA 4 does not need more than 4 GB.

If you have any performance problems after using these methods, change the shadows from "very high" to "high." The visual difference is negligible, and the higher of these options is horribly optimized.

For clipping, it's also a good idea to limit the "View Distance" to 40-50. Above that, the engine often chokes even on powerful PCs.

All of the above steps are enough to enjoy the modernized version of the game, while remaining true to the style of the original. However, there are also some other interesting designs that you should consider installing.

If you want more realistic graphics, it's worth taking interest in projects that change the lighting in the game, as well as modifying its weather system and effects. These types of mods make the production look sharper and less stylized. We offer them in the optional mods section, because their effect significantly changes the atmosphere of GTA 4. The loss of the specific green/blue filter makes the production look less distinctive and not everyone has to like this.

The simplest project of this type that brings the expected results is G4BP Lighting Overhaul.

It is worth adding that in this category of mods, G4BP Lighting Overhaul is one of several projects. We liked it the most, but if you have any problems with it, it is also worth checking:

For more realistic lighting, the second option is to use ENB. You have to work a little harder here, but the effect is worth it if you're looking for more realistic graphics. Unfortunately, most projects of this type do not work with ver. 1.2.0.0.43. So, you won't take advantage of the most popular modification in this category, iCEnhancer (we hope the upcoming version 4.0 will change that). Of those that work with the Complete Edition, the most recommendable option is GTA4 Beautification Project ENB.

1. Download the ENB from the official website. Extract the archive and copy the contents of the folder "Wrapper version" to:

2. Download GTA4 Beautification Project ENB and extract the archive to the above-mentioned folder.

3. As of April 2022 update, Rockstar Social Club will not launch with ENB. To fix this, download Social Club error code 4 fix. Extract the archive, and then copy the obtained files to:

If strange triangular lines start to appear in the game, go to the graphics menu and change any option, then change it back (e.g. turn off v-sync, then turn it back on). This is an old ENB packet bug and this method fixes it.

One of the missing elements in the Complete Edition is multiplayer. There are projects to restore it, but they require the game to be downgraded to earlier version. The exception is CitizenMP: IV Reloaded. This is quite a successful attempt to create something like GTA Online, running on the engine of part four.

This mod beautifies all the plants in the game. Each model has been reworked – from large trees through street bushes to even the smallest potted plants, including those placed inside buildings.

You can install the mod by extracting the archive to:

During the several years that have passed since the release of GTA IV, many licenses for the music used in the game have expired. Rockstar did not renew all of them, so many of the original pieces are missing from the Complete Edition. To restore them, use the CEDOWNGRADE project.

2. Run install.bat and wait for the program to finish doing its thing.

3. You will have to make a decision.

If you want all the songs, both old and new, then copy the contents of the "with new vladivostok" folder to:

However, if you only want songs from the original release of the game, then copy the contents of the folder "without new vladivostok" to:

4. People launching the game using the Rockstar Games Launcher must additionally add to the Launch Arguments the following command:

This is not necessary for the Steam version.

5. Always launch the game via Steam or the Rockstar Games Launcher. Running it via GTAIV.exe will remove the mod!

Flashback 2 and Wanted: Dead Delayed to 2023

PoE Chaos Recipe Enhancer - What is It and How to Use It?