The day before yesterday marked the release of GTA: Trilogy - Definitive Edition, which includes remastered versions of GTA III, GTA: Vice City and GTA: San Andreas. Unfortunately, the refreshed compilation of three legendary Rockstar titles is encumbered with a fair number of problems, such as Rockstar launcher, which was temporarily unavailable on launch day. The gaming community has also been vocal about the many troublesome aspects of the Definitive Edition, with poorly made character models, which often take on caricatured poses and look even worse than in the original, being among the most common complaints.

Caricatures on the streets

Since yesterday, the web is brimming with footage showing the lack of polish concerning characters that can be found on the streets of Los Santos and Vice City. Posts about the problems in GTA: Trilogy - Definitive Edition are quickly gaining popularity on Twitter or Reddit.

Below we present selected screenshots from the game published by Internet users: 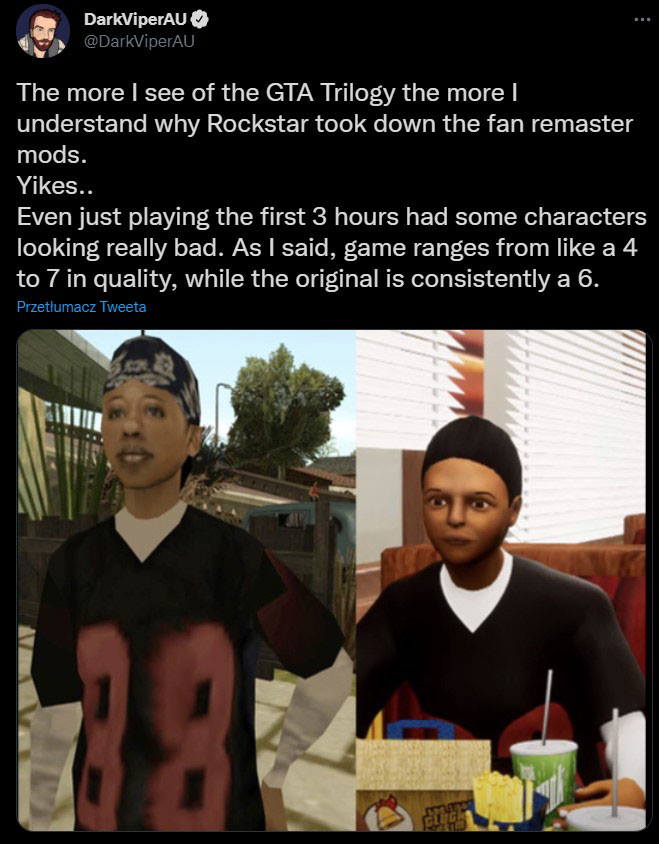 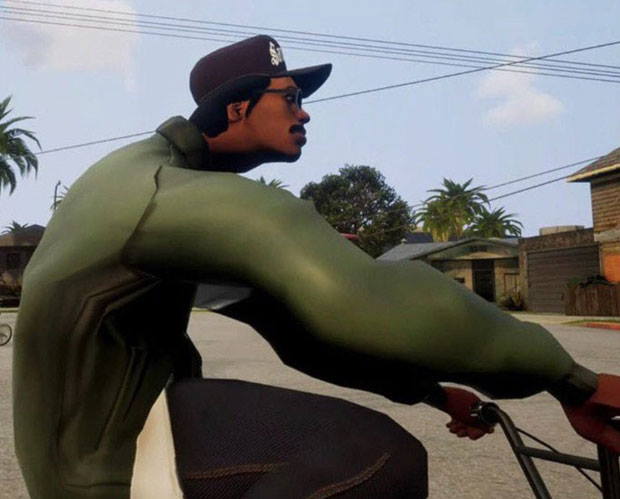 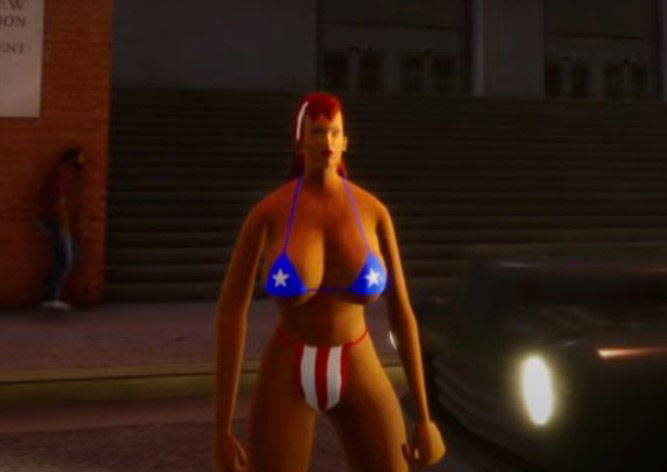 As you can see, the game has a problem with characters that often look like caricatures. It is speculated that the lack of gameplays from Definitive Edition before the release was intended to hide this inconvenient fact. Gamers, however, counter this with environment, which, according to many, has seen a lot of improvements. Unfortunately, not every graphical element does its job in this regard.

We're talking about a particular weather effect, which has a surprisingly large impact on gameplay comfort in the Definitive Edition - rain. Unfortunately, when it starts raining, visibility drops almost to zero. The rain drops are so dense and exaggerated that sometimes it's even hard to make out what's happening on the ground, whether you're driving or on foot.

On top of that, it turns out that if you zoom out far enough you can see just how small the map is in the revamped San Andreas. The field of view in the Definitive Edition is different from the original, which has made details like this come to the surface.

Add to that the performance issues that gamers have been complaining about and the plethora of glitches, and it's easy to conclude that the remaster presented to us by Rockstar Games hasn't lived up to expectations. If players claim that in terms of technical (!) aspects games from almost twenty years ago are better, then something has gone very wrong.

Admittedly, thing don't look very good; gamers have already christened the Definitive Edition as a meme game. Rockstar will have to do its best to appease angry fans, especially since the original trilogy has already disappeared from digital distribution.

Beyond Good & Evil 2 Threatened With Cancelation

Sega Sees a Future in Humankind; Could Launch a New Franchise

Beyond Good & Evil 2 Threatened With Cancelation