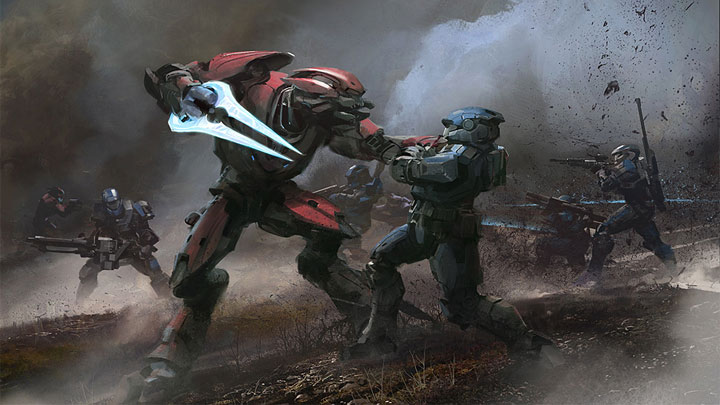 Hello: Reach will be the first game to be released as part of the PC version of Halo: The Master Chief Collection.

A closed beta-test of PC version of Halo: Reach, the last installment of the series developed by Bungie, was launched. The participating players were selected from among the people registered in the so-called Insider Program.

The first phase of testing will last until July 1. A small group of players takes part in it. The next beta-tests are supposed to let more people in. The game made available to them is a slightly improved version of what the devs showed behind closed doors during this year's edition of the E3 fair. So it only includes the Tip of the Spear mission from the campaign.

At the same time, the devs have shared almost 18-minutes of the test version of the game, which you can watch above. This way we can see how Halo: Reach presents itself in 4K resolution and with announced graphic improvements.

The game will be included in the PC version of Halo: The Master Chief Collection. The project will be available as a set or as individual items.

Adjusting the games to the PCs will take a lot of time.Therefore, the games included in the collection will not be published at the same time. The devs intend to publish them according to in-universe chronology.That's why they start with Halo Reach, which is a prequel. Then we will get Halo: Combat Evolved Anniversary, Halo 2, Halo 3 (with the Halo 3: ODST campaign) and Halo 4. It's worth mentioning that the set will be available not only in Microsoft Store, but also on Steam.

Unfortunately, the devs have not yet provided the planned release dates for all these games. We don't even know when we can expect a PC version ofHalo: Reach.