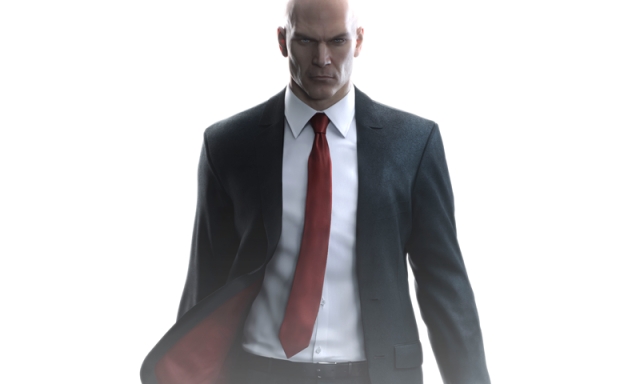 What we get in March is not full Hitman.

IO Interactive announced Hitmans new release date is March 11, 2016. The creators also revealed some information about the games distribution methods. As we already know, what we get on day one is not all the new Hitman has to offer. It turns out, however, this may be a bit less than we might have expected. The 1.0 version is going to include three open locations (Paris, Sapienza and Marrakesh) and six campaign missions. This hardly seems like a complete game, in contrast to what Hannes Seifert from IO Interactive told VideoGamer.com at E3: "It is fully complete at launch but it is not finished.

New locations and story missions will be appearing monthly from April through June. Besides, the developers promise to release live events and time-limited contracts as free updates. Full game access costs $59.99, but if you want to settle for starting content (plus live events and contracts, but no future content updates) you can get Intro Pack for $34.99. The full price also includes beta access, but only on PlayStation 4 and PC. 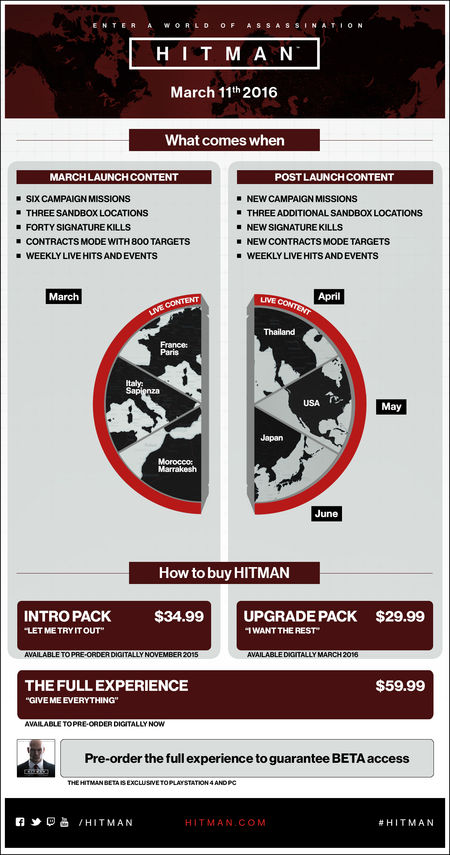