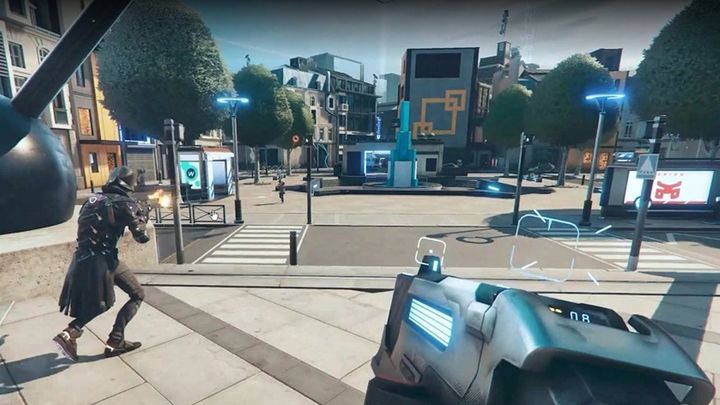 There is not much time left until the official opening of season 1.

Hyper Scape is a online battle royale shooter, which puts up to 100 people on one map. On July 12th, Ubisoft shared its first cinematic trailer of the game and opened the beta version for PC players (we can find it on Uplay), and today the game's release date was officially announced, including console launch. The first season of Hyper Scape >will begin on August 11 on PC, PS4 and Xbox One (with cross-play option). With its launch, the players will receive new weapons, a hack (a kind of special skill) and game modes, as well as a 100-level Battle Pass. We would like to remind that the title will be available for free, although there will be microtransactions in the game.