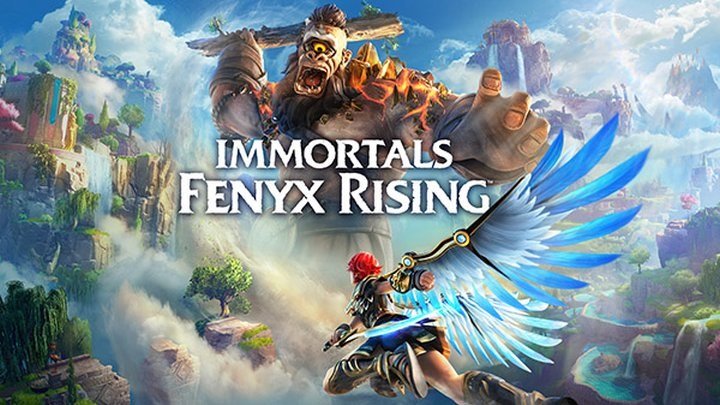 Today at noon PT the broadcast of the second edition of Ubisoft Forward started. At the beginning we were shown Immortals Fenyx Rising, previously known as Gods & Monsters. It will be a open-world TPP action adventure game set in the world based on Greek mythology. During the show we saw a spectacular trailer with the red-haired heroine Fenyx, revealing the release date set for 3 December 2020.

In addition to gameplay trailer, we've also seen a more extensive video, covering the various aspects of Immortals: Fenyx Rising. We'll start the adventure by creating our own character, whose aim is to save the Greek gods and defeat the titan Typhon (the task will be facilitated by legendary weapons, blessings or mythical abilities). The game will feature characters such as Zeus, Hermes and Prometheus. In the video we can also take a look at the landscapes of the world divided into several different regions.

Immortals Fenyx Rising is coming to PC and PlayStation 4, PS5, Xbox One, Xbox Series S and X and Nintendo Switch.