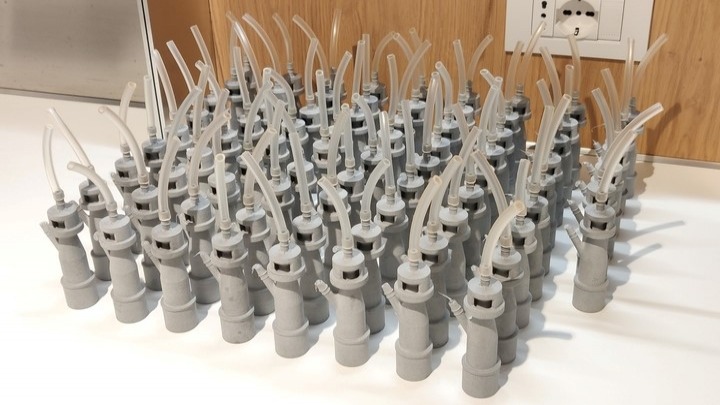 This is how respiratory valves produced by 3D printers look like.

So far 10 patients have used the valves. However, as it turns out, the manufacturer of these elements brought out the big guns and threatened a startup responsible for voluntary printing with a lawsuit. The company sells the valves for 10,000 euro a piece and the 3D printer was able to print them for less than 1 euro. Business Insider Italia explains that although the original manufacturer was unable to deliver the necessary parts to the hospital, it refused to provide technical drawings of the missing parts. Fracassi first produced a batch of 10 pieces and then 100 more - he gave all the valves to the hospital for free. After a threat from the company to which the patent belongs, he informed that he would not make his 3D design available to other hospitals for fear of a lawsuit.

This is an example of how a patent monopoly allows for horrendous pricing gouging, and quite legitimately so. This is wrong in any situation, but when there is a threat to human life and Italian hospitals are struggling to buy even the most basic equipment such as masks, it is inhumane to threaten with lawsuits and demand such amounts.

Italy is one of the countries most affected by the novel coronavirus. In the last 24 hours alone, several thousand new infections were detected and several hundred people died. In hospitals, medical staff cannot cope with the ever-increasing number of patients, and suppliers cannot keep up with the production and import of the elements necessary to oxygenate patients so that they can survive the infection. 3D printing companies come to the rescue.

3D printers to save lives

The situation we describe took place three days ago in a hospital in Brescia (near one of the most affected areas of Italy). The doctors at the hospital urgently needed disposable breathing valves (the element shown in the pictures), which are used in respirators. Unfortunately, none of the suppliers were able to provide them in a short period of time, which could have caused many people to lose their lives. After making several phone calls, Cristian Fracassi came to the aid of the hospital, bringing a 3D printer directly to the hospital and within a few hours designed and printed a special valve. Currently, the scare parts are produced in bulk using selective laser sintering technology for polymer powders (SLS). 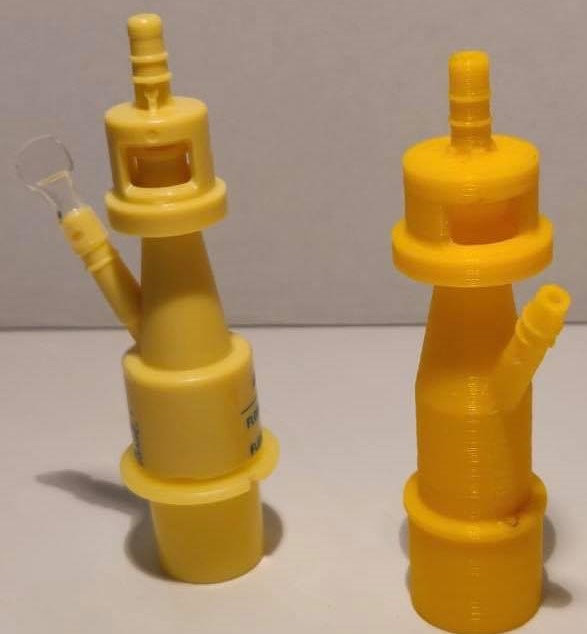 On the left, an original valve and on the right, the one from the printer.

This story shows that thanks to ingenuity and resourcefulness we can save human lives, and 3D printers once again proved their versatility. Companies dealing with 3D printing ensured that they do not intend to profit from the situation.