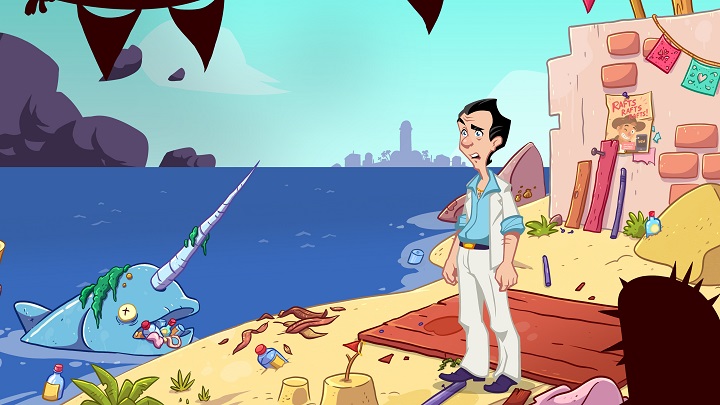 Larry the womanizer is back.

In 2018, Leisure Suit Larry: Wet Dreams Don't Dry, a sequel of the popular adventure game series in which the players once again had the opportunity to play as Larry, a not very successful skirt-chaser, was released on PC. Today, the game's devs at Crazy Bunch announced a sequel. Leisure Suit Larry - Wet Dreams Dry Twice will hit PC on October 15, this year; the title can already be added to the wish list on Steam and pre-ordered on GOG.com for $24.58 (with a 20% discount).