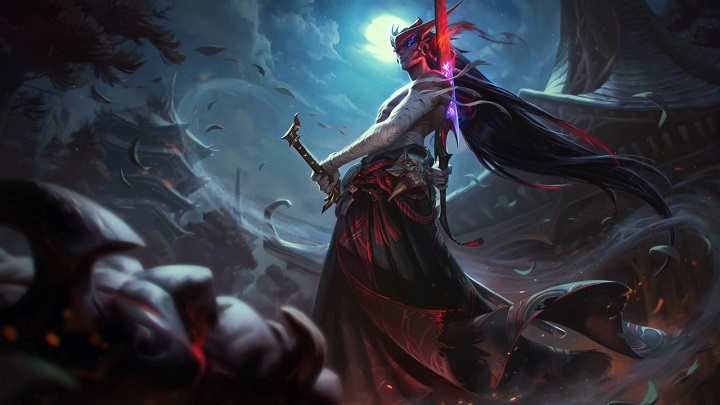 A little over a week ago we had our first opportunity to see another champion coming to League of Legends - Yone. Today the creators from Riot Games officially presented the skills of this character, and introduced his story with a 10-minute animation (you can watch it below). LoL players quickly noticed that Yone is likely to be a champion you don't want to be playing against (and in many cases also with him on your team).

According to League of Legends lore, Yone is the brother of Yasuo, the champion who is famous for the fact that we need to know his mechanics very well to be able to play at a decent level. Many players will agree that Yasuo has become a pain at some point - when an ally chooses him, it soon becomes apparent that he is completely unable to play the character, and when the champion is on the opposing team, he practically wins the games by himself. Yone's skills have therefore been designed in the likeness of Yasuo (because they are brothers), and many players have already stated that the new hero can be another problematic character in LoL (you can read more about Yone's design here).

The gameplay will consist mainly of moving quickly over short distances, "waving" swords in every possible direction and dishing out damage. You'll admit that it sounds like something that can sow incredible havoc in able hands and make the hero useless in inexperienced ones. A full presentation of Yone's skills can be found in the video below. The hero will appear in the game with 10.16 patch, which is scheduled to launch in less than two weeks.