The players' guesses that the virtual influencer Seraphine, created by Riot Games, will be the next champion in League of Legends, turned out to be true. Yesterday, we had the opportunity to learn the history of her creation and see her skills for the first time. The presentation of the champion met with a wave of criticism from the community, which said that Seraphine is too similar to another existing character, namely Sona. The similarities can be seen not only in her abilities, but also in the leading theme of both characters (both are related to music).

Seraphine, like Sona, will be played as a supporter. Some of her skills are similar to those already available to the other champion - we have the ability to inflict damage at a distance, boost the speed of our allies or limit their movement with ultimate skill. While there are some differences (e.g. in passive skills), the whole thing (also stylistically) creates an irresistible impression that Seraphine could be just a Sona's "rework" (i.e. her visual and gameplay update).

No wonder that a moment after the reveal of the new champion, Reddit was flooded with a wave of threads in which the players expressed highly critical opinions about the actions of Riot Games. For many it was the biggest disappointment of the year, the whole marketing campaign in social media came down to releasing one of the least original characters in LoL. There were also people who haven't been following the latest news about the game and simply thought that it was Sona who received an extensive update, and not that the devs actually developed a new champion.

Not only will Seraphine be released with a ultimate skin (the most expensive cosmetic item in the game; only five characters have received it so far), but it seems like Riot cuts corners even here. Something that was attractive so far (e.g. after collecting the elements you can change the appearance of the champion during the game) has been turned into a pack of three skins (two of which have to be unlocked through story missions), which we will only be able to choose before the game starts. So the players came to the conclusion that the release of Seraphine is a simple racket.

Seraphine will be coming to the official servers of League of Legends along with the 10.22 patch, probably on October 28. 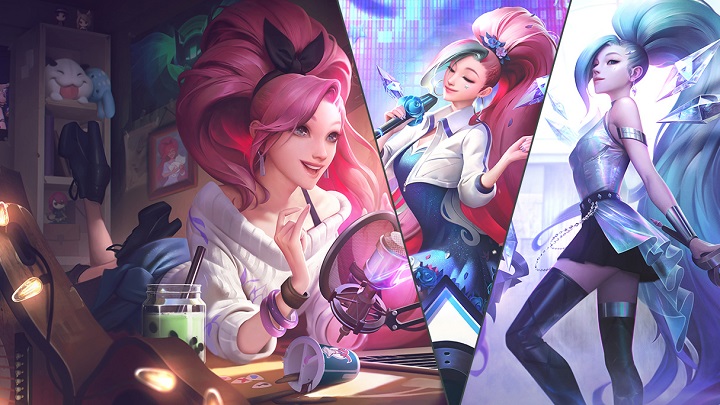