Sony has revealed a list of games on PlayStation 4 that will not work on PlayStation 5. In addition, we've learned new details about backwards compatibility.

Insomniac Games announced that Spider-Man: Miles Morales has gone gold. Thus, we can be sure that the launch scheduled for November will not suffer a delay.

Game Informer journalist revealed yesterday that the launch of Cyberpunk 2077 could have been postponed once again, but the developers jointly decided to extend the weekly working time.

The Medium Gets Release Date

Bloober Team has released a new trailer for The Medium, which revealed the game's release date. The launch of the horror game will take place before the end of 2020 on PC and Xbox Series X and S consoles.

Microsoft has introduced new rules for its store. The rules are designed to give creators freedom of choice and promote fairness and innovation. The changes do not apply to the Xbox Store.

With the new Wasteland 3 update, we won't have to wait that long for the game to load. The developers have reduced the loading times by up to 60%.

Benedict Cumberbatch joins the cast of MCU's third Spider-Man movie. He will return to the role of Doctor Strange, who will become Peter Parker's new mentor.

Ubisoft has announced a series of Reebok shoes that will be inspired by Assassin's Creed: Valhalla.

Amazon presented the first trailer of the fifth season of The Expanse at Comic-Con in New York. When can we expect the premiere on Amazon Prime Video?

An Internet user collected opinions from various threads and surveys in order to select classes and bosses from the Diablo series, whose return the players wish for the most.

Here's a Joker Worth Almost His Weight in Gold

The Joker returns in the form of a great figure. Talented artists have recreated Arthur Fleck's bust in real size, and they price their work very highly. But I don't think we should be surprised.

Bugsnax will be released on November 12, with the initial launch of PlayStation 5, and we've also got to know the actors whose voices we will hear in the game.

The upcoming update for Ghost of Tsushima will enable us to pet dogs and recruit them to help us in combat. If you ever wanted a dog army, this is your chance.

This year's installment of the popular sports game series from Electronic Arts is now available on PC, PS4, XONE and Nintendo Switch. In November, next-gen console versions will be released.

Western Digital has unveiled the SN850 SSD, the first model in its catalogue to be compatible with PlayStation 5.

Kingdom Come: Deliverance Will Get a Live-action Adaptation

A live-action adaptation of the medievil RPG Kingdom Come: Deliverance has been announced. The company responsible for the project is the same that works on a Yakuza adaptation.

The devs at Mediatonic have released the latest update for Fall Guys: Ultimate Knockout, with which the second season has begun. 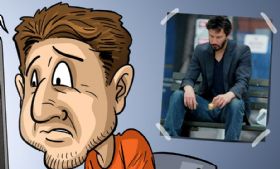 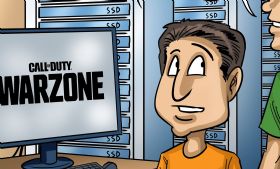