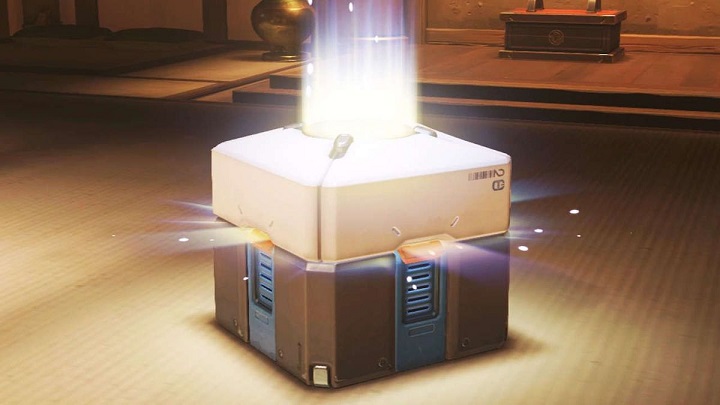 From next year we will know the exact chances of getting our anticipated skin.

Just two days ago we wrote about Sony, Microsoft and Nintendo deciding to change their policy on lootboxes. The new rules will force publishers to post information about the chance to get particular items. This decision led many of the latter to agree to continue releasing their productions on the most popular consoles.

Game publishers such as Activision Blizzard, Bandai Namco Entertainment, Bethesda, Bungie, Electronic Arts, Take-Two Interactive, Ubisoft, Warner Bros. Interactive Entertainment and Wizards of the Coast have agreed to show the chances of getting an item of specific rarity dropping from lootboxes. This information will be available in all new and updated titles and will be presented in an understandable and accessible way. Such functions will appear already in 2020.

Some members of the Entertainment Software Association (including Capcom, Epic Games and Sega) have not yet published an official announcement on the new rules for lootboxes. However, if publishers want to continue to release their games on Sony, Microsoft and Nintendo consoles, they will be forced to accept the imposed conditions.

Recently, it has become apparent that developers and publishers want to change the functioning of lootboxes. Not so long ago it was announced that paid lootboxes will disappear from Rocket League, the contents of which were not visible before the purchase, just like in the case of Fortnite: Save the World. The main premise behind the idea is that players should always know what they are paying for. Both games are currently owned by Epic Games, so you can assume that the company will welcome the new lootbox rules.

Expert:  Games as Responsible For Shootings as Bananas For Suicides