Rocket League for PC, PS4 and etc. is a futuristic sport game developed by Psyonix studio. It is a sequel to the game titled Supersonic Acrobatic Rocket-Powered Battle-Cars which was released in 2008 on PlayStation 3.

The foundation of the game is very simple and similar to the rules of classic football. There are two teams (each can consist of from 1 to 4 players), two gates and one ball. The objective of the game is to put the ball in the gate of the opponent. However, its not humans that participate in the matches, but specially upgraded vehicles with rocket drive. The gameplay is more attractive thanks to the possibility to use booster which allows traveling through the arena faster or hitting the ball with greater strength. During the match one can also outmaneuver the opponent with various acrobatic tricks and even try to temporarily eliminate him from the game by hitting him with great speed.

In the basic modes the matches take place on unordinary arenas similar to cages and the vehicles differ only in their look (there are no classes or levels known from other multiplayer games). There are varied options to adapt the shape, color and style of the vehicles with more than one hundred of gadgets (these changes dont impact the behavior of vehicles during the matches but they allow distinguishing oneself from other players).

Rocket League for PC, PS4 and etc. allows playing in singleplayer mode in which one can play against computer AI or participate in various trainings and tournament mode. As player progresses through the game, he unlocks new vehicles and equipment parts. The main part of the game is multiplayer (rivalry or cooperation in same team), both online (through dedicated servers) and in split-screen mode. The players can compete in friendly or ranking matches and use a few alternative expansions  such as mutators, unique modifications which transform the game in various ways (for example by adding moon gravitation).

In comparison to its predecessor, Rocket League for PC, PS4 and etc. has much better graphics which utilize the power of modern computers and eighth generation consoles. The developers also improved the physical engine and made sure that the gameplay is dynamic. Interesting replay system which allows editing the material and creating impressive movie clips is worth mentioning as well.

The unofficial Rocket League guide offers comprehensive info on this very unusual type of a football game in which, instead of playing as standard players, you score goals while driving rocket powered and heavily armored vehicles. 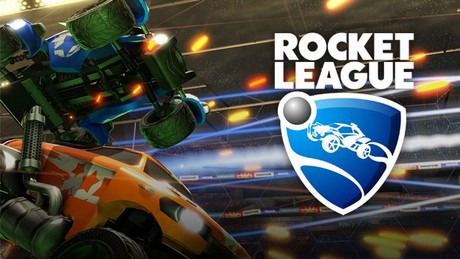 People love football (or soccer) and people love cars. Will people love Rocket League  the game that merges the two?

Rocket League will be getting a free content update next month, featuring a new underwater arena called AquaDome. There will also be two appropriately-themed car DLC packs.

From now on, Rocket League will offer full cross-play between all available hardware platforms.

Epic Takes over Rocket League Creators. Will the Game Disappear from Steam?

Psyonix Studio has been taken over by Epic Games. So far, Rocket League hasn't disappeared from the Steam. That didn't prevent players from flooding the site with negative reviews of the game, probably just in case.

The devs of Rocket League informed that this year lootboxes will disappear from the game. This way, the players will always know what they are buying without having to buy a cat in a sack.

The popular online game Rocket League will switch to free-to-play model this summer and will cease to be available on Steam. The game will also receive a progression system that will be transferrable between different devices and PC clients.