During the whole month there were three stages of Marvel's Avengers beta-tests. The last one, open to all interested, ended last Sunday on PC (Steam), PlayStation 4 and Xbox One. Square Enix therefore decided to make a small summary. It emailed everyone who decided to try out the upcoming action game from Crystal Dynamics and Eidos Montreal. There were some interesting statistics in the message. 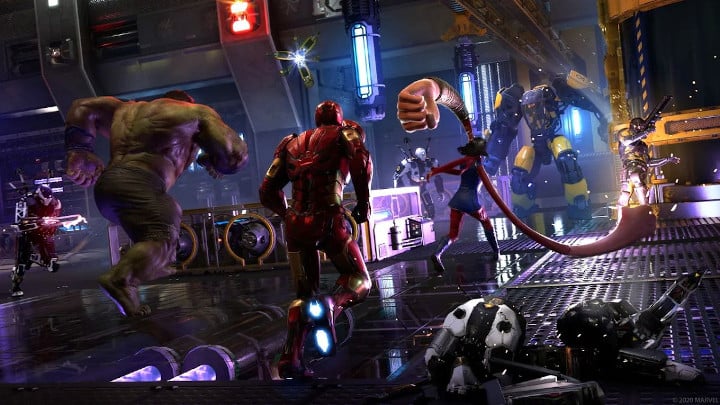 As we can read in the message from Square Enix (via GamesRadar ), players have spent 28.5 million hours with Marvel's Avengers open beta, defeating more than 3.5 billion opponents and purchasing Iron Man Chroma Lux armor over 640,000 times, making it the most popular item in the in-game store. In addition, 240,000 people have managed to max out one of the characters available in the beta. The publisher has stated at this point that this is less than 5% of all users taking part in the tests. On this basis, we can calculate that in recent weeks about 4.8 million people have tried out the title. Unfortunately, it is not known how many of them are people who decided to place a pre-order for the title (and thus had access to the beta), and how many are the participants of open tests. 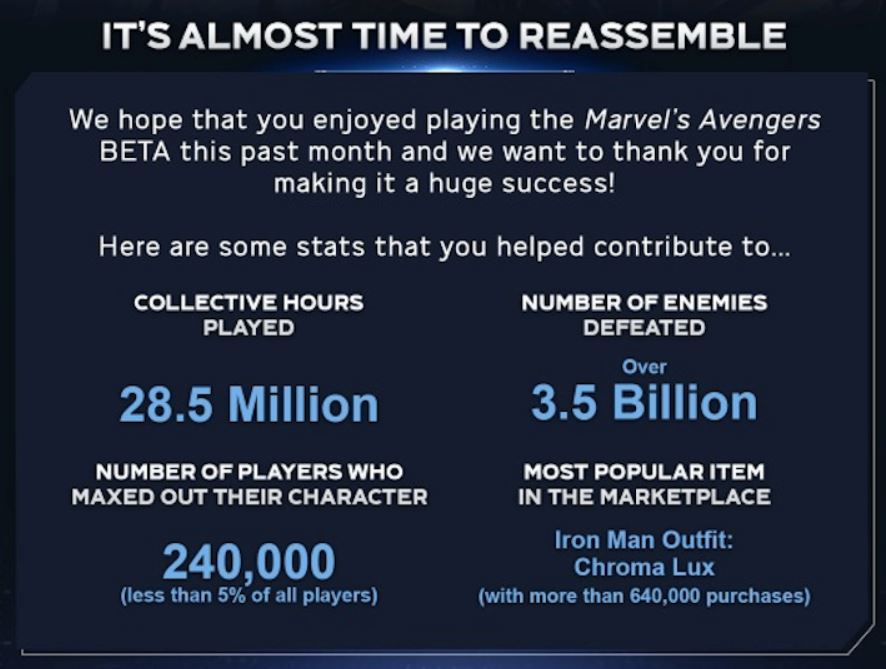 Did you have your share in these statistics? / Source: Pure PlayStation

Marvel's Avengers will debut on PC, PlayStation 4 and Xbox One on September 4. Next year, the game will also debut on PlayStation 5 and Xbox Series X. However, before players can lay their hands on the full version of the title, there will be another presentation of the title as part of the War Table Series on September 1, at 10 AM PT. The stream will include a discussion on the progression system and who will be the next additional hero to appear in the game (via PC Invasion).

Guild Wars 2 Coming to Steam; Third Expansion in the Works