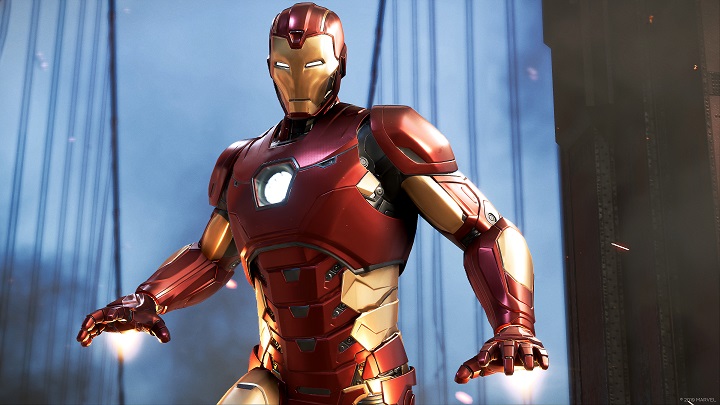 Iron Man will appear without his suit only a few times throughout the game.

The release of Marvel's Avengers is closing in, so the creators decided to make the waiting for the game more pleasant for the fans. The studio organized and AMA session on Reddit - a thread in which we could ask the developers questions about the upcoming game. We learned from it, among others, details of game modes, offline fun and co-op modes.

The creators told a little bit about two game modes - War Zone (co-operative challenges, where we will be able to perform special missions) and Drop Zone (short, 10-minute games with one specific target). War Zone will be designed for 15-30 minutes of fun, depending on the level of challenge. Different war zones will offer more or less variety and randomness, and no mini map will appear in this mode. In addition, both modes will be divided into 4 difficulty levels, the more difficult ones will bring better rewards.

The game will offer the opportunity to play both online and solo offline, however, some variants will be available only online. The developers promise weekly and monthly updates, and seasonal events, such as Halloween, are expected to appear. There will also be raids in the game, which will take up to 2 hours; unfortunately, they will not be added for the release, but only in later patches. The co-op game scales down the missions to the lowest level member in the team, but the equipment that drops from enemies is matched to our character's level.

Heroes will be able to be developed in one of three skill trees - some will increase our mobility and others will improve melee combat. There will also be an option to purchase various types of equipment from special suppliers. There will also be an option to dress up our superheroes (except for certain moments in the story where "official" outfit is required). The creators promise that skills and equipment will enable us to create certain specializations for the protagonists, e.g. Iron Man focused on melee combat.

The creators raised the issue of the AI of our allies, which in the game is to behave contextually, both in close and ranged combat. For example, the Hulk will initially fight at range, but when our green-skinned friend gets closer to the opponents, he will switch to melee. The Al will also try to revive us when we die on the battlefield. We can see the full list of details revealed by the creators here.

The game is scheduled for release on September 4, 2020 on PC, PlayStation 4 and Xbox One. It will also be released later on next-gen consoles such as PlayStation 5 and Xbox Series X.