In the last couple of days Mass Effect: Andromeda was on everyones lips (maybe except for our pal Maimans), so lets sum up what weve learned. First and foremost, the game is coming out on March 21, 2017 in North America (March 23 in Europe), and there is also a new gameplay trailer, which you are invited to watch if you havent yet (posted above). If that date seems too far off, you will probably be happy to know that Mass Effect: Andromeda is going to be available early for EA Access (Xbox One) and Origin Access (PC) subscribers. This, however, will be just a pre-taste  a portion of the whole game available only for a couple of days, said Michael Gamble on Twitter.

We understand the atmosphere of anticipation among fans of BioWares space saga, and how much they want to start playing the next chapter of the story as soon as possible. Thats why wed like to inform you, in case you havent noticed, that there is a Windows pre-load date set on Origin: March 17, 2017 6:00 PM CET (10 AM PDT)  you will get to install the game a couple of days ahead of its launch so that you wont have to wait a minute longer than absolutely necessary. 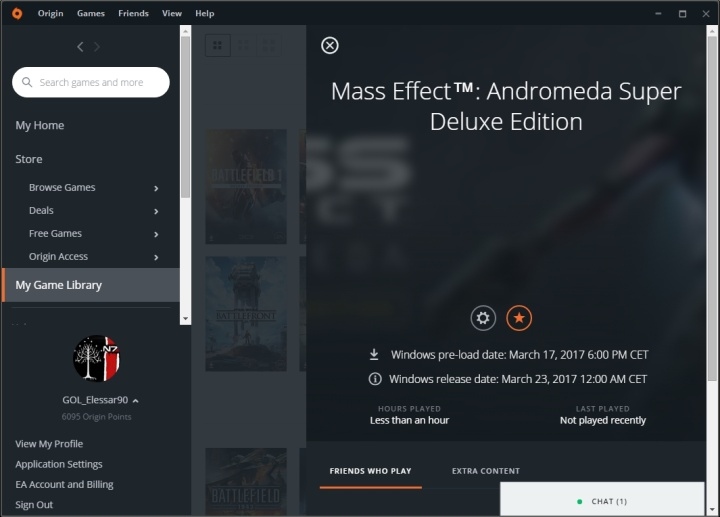 Players will be able to pre-load Mass Effect: Andromeda a couple of days before the release.

As a fan, you may also like to hear that Mass Effect 2 is currently offered for free in Origins On the House giveaway.