Games in the Metro series based on the novels by Dmitry Glukhovsky have always been a challenge for the power of PCs, something the developers themselves take pride in. Metro Exodus was no exception in this regard. If your hardware passed the test with flying colors, then the team from 4A Games has one more test for it, called Metro Exodus Enhanced Edition. As previously announced, this new version of the 2019 FPS launched on PC (Steam, GOG.com, Epic Games Store, and Microsoft Store) today. It is available for free to all owners of the base edition of the title on any platform. 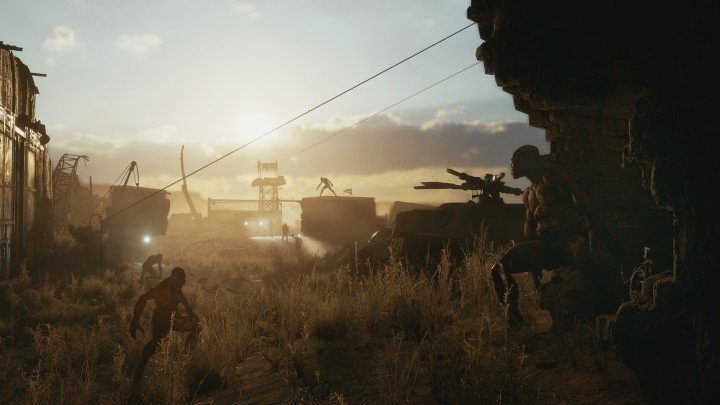 With the improved lighting, Metro Exodus has a lot to gain.

Studio 4A Games reported that Metro Exodus Enhanced Edition editions for PlayStation 5 and Xbox Series X/S consoles will be released on June 18. As is the case of the PC release, this version will be free for all owners of the original on the PlayStation 4 and Xbox One platforms. It is expected to offer, among other things, full support for ray tracing technology, significantly reduced loading times and improved textures (via VideoGamer.com).

The idea behind Metro Exodus Enhanced Edition is to introduce significantly improved visuals in comparison to the original from two years ago. This includes full support for DLSS 2.0 and ray tracing technology with all the additional features, such as Advanced Ray Traced Reflections. It does, however, mean that this version of 4A Games' title will require a minimum of Nvidia GeForce RTX 2000 series GPU (or AMD equivalent) to run.

Okay, but does Metro Exodus Enhanced Edition relly look much better than the original thanks to all these changes? The answer to this question, at least to some extent, is provided by two videos, prepared by youtuber Cycu1. The first one shows gameplay from the enhanced version of the title, recorded on a computer equipped with an Nvidia GeForce RTX 3080, while the second is a direct comparison of both editions of the game. Here they are:

Finally, we'd like to inform that if you own an Nvidia card, you can prepare yourself for the release of Metro Exodus Enhanced Edition, by downloading the new Game Ready drivers, marked 466.27 WHQL. You can find them here.

Steam Will Make Cheap Purchases via VPN Even Harder