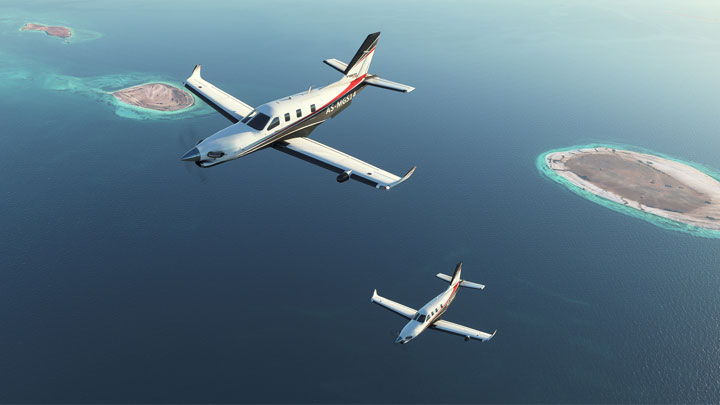 One of the most pleasant surprises of Microsoft's conference preceding the E3 fair turned out to be the release of Microsoft Flight Simulator, a new version of the classic series of flight simulators. We will have to wait quite a bit for it, but it turns out that the creators have plans to carry out extensive tests.

On the official website, the registration for the so-called Insider Program has started. Players will be selected from among the participants of this initiative to test alpha and beta versions of the game. In addition, they will receive additional information about Microsoft Flight Simulator and participate in surveys shaping the development of the project.

We also learned that the geographical data used by the game to create a virtual world takes up two petabytes (two thousand terabytes). Of course, no one is asking us to install all of this on our hard drive. Microsoft Flight Simulator will use Azure artificial intelligence to stream files from the cloud, retrieve what's needed in real time, and delete things that are no longer used. This AI will also be responsible for converting data into 3D locations for better object recognition and higher levels of detail.

Microsoft Flight Simulator is headed for PCs and Xbox One. The launch is scheduled for next year. The game will also be available as part of the Xbox Game Pass service.