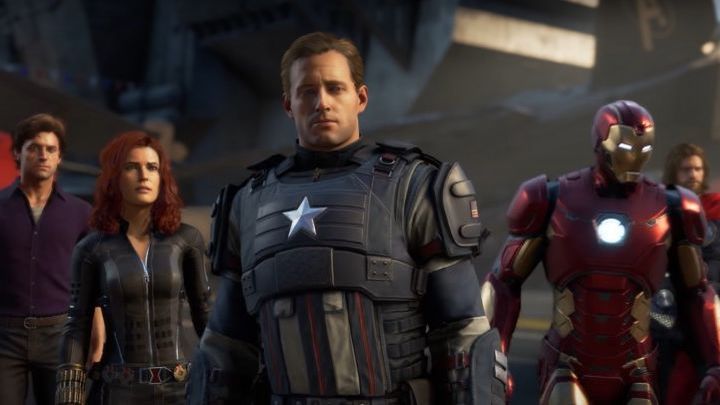 During the Square Enix conference at E3 2019, Crystal Dynamics and Eidos Montreal for the first time showed their game based on the Avengers comic book license. Unfortunately, the presentation was scarce in details about the game, which was a disappointment for many fans. It turns out, however, that the publisher kept the most delicious bits for the closed show, during which a 25-minute gameplay was presented. The material was summarized by the editors of Game Informer.

Spider-Man and Avengers in one universe? Not necessarily.

The journalists watching the presentation asked if the production would be set in the same universe as last year's Marvel's Spider-Man. Unfortunately, the developers' response is not clear.

I'll say that we're all Marvel, Amos said with a smile. When we talk about universes or Earths or anything like that, that actually is something that Marvel is very much  they keep us honest, I'll put it that way. Bill Rosemann at Marvel, his job is to help make sure that all of these worlds play nice with each other. What we're explicitly saying is that this is Marvels Avengers, this is our world. This is what we're going to focus on. Thats what we're going to talk about today.

The shown mission starts during a ceremony at the new Avengers base. The city is suddenly attacked by masked soldiers who detonate numerous bombs. The heroes grab their weapons (or, as in the case of Hulk, rip off their shirts) and set off to defend their home.

The first controlled character was Thor, who mainly fought with his hammer - the editors note that the combat system is a bit like the Batman Arkham series from Rocksteady Studio, although there is no automatic selection of enemies or combo counter here. Playing as Odinson we can use lightning (including a powerful area attack) and throw Mjolnir (the weapon comes back to us on request, like Kratos' God of War axe). Special abilities are limited by Cooldown.

Then the action moved to Iron Man and the game resembled a shooter for a moment (journalists compare it to the Star Fox series). Tony Stark can fly, shoot rays and avoid all sorts of threats through smooth, airborne acrobatics. Nothing prevents him from becoming involved in a more direct confrontation. The Iron Man fragment of the game supposedly looked a bit clunky.

The third character controlled during the presentation was Hulk, who, according to the editors, looks like the most refined of the presented protagonists - his animations look great and the gameplay looks well-designed. Bruce Banner can grab items (and even enemies!) that he then uses as an improvised weapon. The Avenger can also perform large jumps, which allow him to move quickly on the map (the player is said to have control over it). 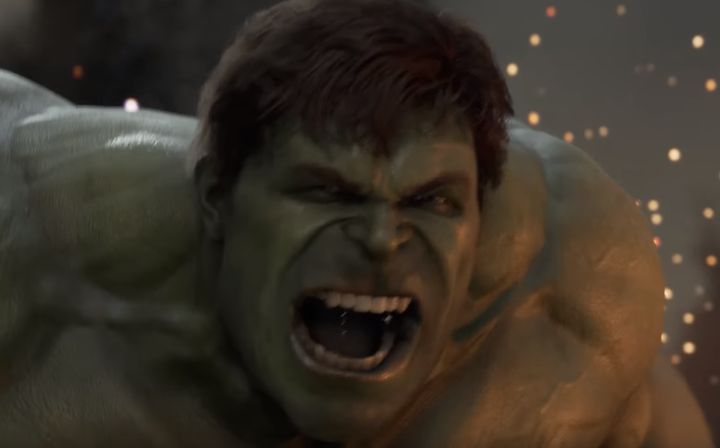 At the moment, Hulk seems to be the most refined of all the characters.

The fourth hero that was presented was Captain America. The gameplay was more or less as you might expect - we fight occasionally throwing our shield to keep our enemies at a distance (in some cases it bounces back and hits several targets). There is also a possibility to "charge" the shield with something that looks like electricity, and to run and batter our opponents. Steve Rogers' most powerful attack is the shockwave, which is caused by a shield hitting the ground.

The last heroine of the demo was Black Widow, who had the opportunity to face a boss - Taskmaster. Fights with this type of enemies look quite standard - we attack and avoid punches, gradually reducing the life bar of the adversary. The creators have also implemented Quick-Time sequences, during which we must quickly press the right keys.

A lot of short, animated scenes

The way of narration presented during the demo was a bit like what we know from Marvel's Spider-Man's first mission - we're dealing with numerous animated interludes, during which we see new enemies arriving and Avengers talking about strategy. It is worth noting that in the game you will find more than one story - it features a single player story campaign, during which we switch between different characters, as well as scenarios prepared for the cooperative mode (although if you want, you can also experience them alone). 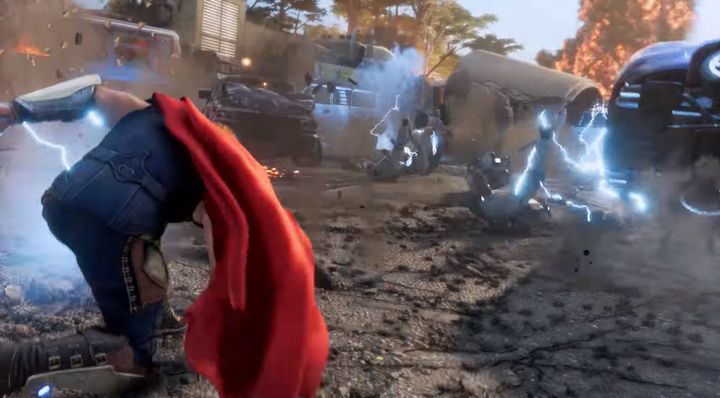 During the game we can develop the abilities of individual Avangers - each of them has its own tree of skills.

"Every hero has their own skill tree," Amos says. "They have a mix-and-match of skills that you level up through the game, when you invest in those heroes, we give you the chance to say how you customize your character skill tree. So we'll talk more details about that later, but that idea of your Widow can be different than my Widow; customizing looks, customizing skill trees, and customizing gear as well. We have gear that's per hero, and you'll be able to go out and find all it. You can say, 'Hey, you have a completely different set of stuff than i do."