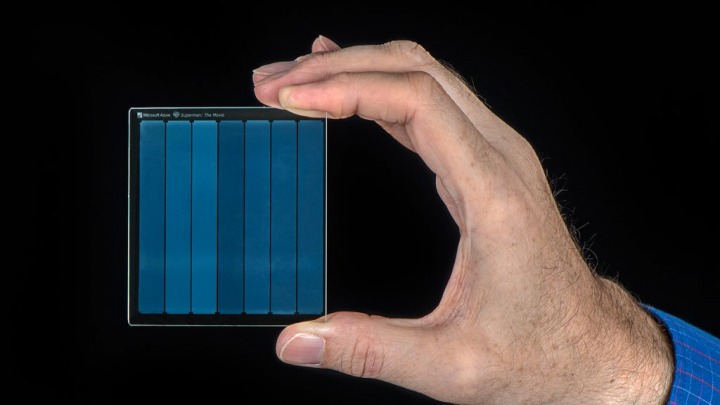 This is how a quartz glass plate patented by Microsoft looks like.

Microsoft has been working on the "Silica" project for several years now. The aim is to create a data medium that will ensure security over the next few centuries. Engineers use the latest advances in laser optics and artificial intelligence.

Large film studios and corporations are finding it increasingly difficult to store huge amounts of data in their archives. Existing media, whether based on magnetic tapes, solid state drives (SSDs) or high-end hard disk drives (HDDs), can store files for years to come, but still cannot guarantee their security, for example in the event of natural disasters. Microsoft meets expectations with square drives that will help secure millions of terabytes of data without having to put them in Fort Knox. Researchers ensure that their product works even after being baked in an oven, heated in a microwave, immerses in boiling water, scratched with steel wool and attempted to be demagnetized. 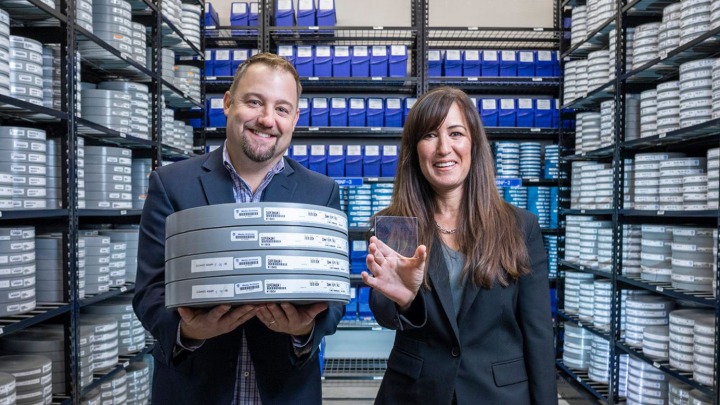 Just think how much space would be freed in the archives after switching to quartz glass plates.

This is due to the fact that quartz glass is only an elastic protective coating. A high-speed laser burns out layers called "voxels" - three-dimensional equivalents of pixels. In nanoscale the deformations are at different depths and at different angles. The irregularities can be compared to those on an old vinyl record, only in this case we have a much more complex layout.

Unfortunately, there are currently no plans to make this technology available to the common user and the situation is not expected to change in the future, as specialist equipment is required to read and write data. The main goal of project Silica is to protect valuable data and cultural legacy, such as the 1942 Casablanca, which is aging on film.