Russian customers noticed the first serious price increases on February 24, the day of the invasion. UDM-Info reported that in Izhevsk, smartphones sold at stores have prices increased by 25-30 percent, while some PC models have a price increase by 60 percent. This, however, concerned only those shops that were operating on the day the war began - some of them were closed.

Today the situation seems to be getting worse. The new iPhone 13 with 512 GB of memory costs 148 990 rubles. With the official exchange rate, that would be 1 162, 12 USD. Although that price right now is lower than the official one - 1 299 USD - it doesn't change the fact that soon it will be probably higher.

Until February 28, in the same Russian store called re:Store, the same model costs 109,990 rubles. That's a 35 percent raise. The only iPhone model that didn't have a price increase was the iPhone 12 with 128 GB of memory. Why? Because it wasn't in the stock when the price increase happened. However, the phone is still not in stock, which may be a confirmation of the lack of supply of Apple devices to Russia. 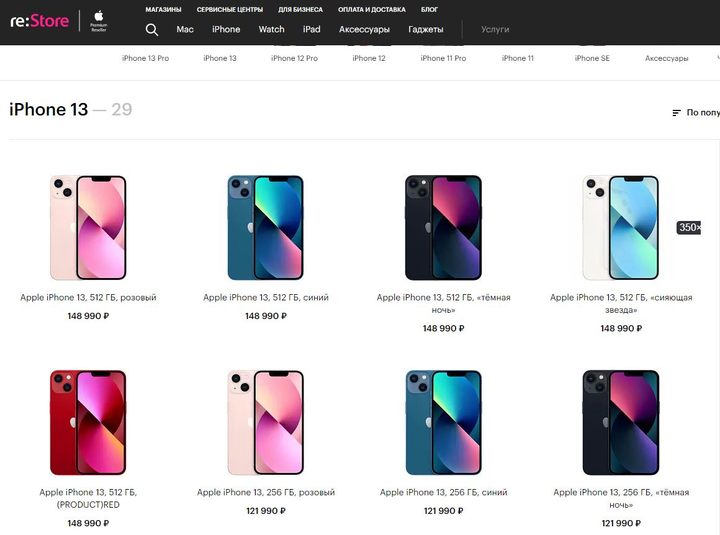 It's not just smartphones that are getting more expensive. On March 17, ASTV.ru reported about price increases of Samsung TVs. The article lists two models. One went up by 46.3 percent, the other by 26.9 percent. The same source also focuses on increases in the prices of vacuum cleaners, but notes price reductions for some washing machines and refrigerators.

Huge price increases are also to be expected for PC components. A number of companies announced the termination of deliveries to Russia. Among them are AMD, Intel, Nvidia and TSMC. Taiwan, the main producer of computer components, has joined the international sanctions to limit trade with the Russian Federation.

Every month, Russian portal 3dnews.ru prepares an article focusing on a computer of the month. In January 2022, they prepared a basic set for the Russian customer. This was their choice and prices of components in Russian stores:

*Prices "after the increase" where taken from market.yandex.ru on March 17. Pre-increase prices come from 3dnews.ru on January 17.

As you can see, the price of this exemplary computer set went up by 78 percent. If we assume that the typical payout in Russia is 30 thousand rubles (the official average is higher), it means that instead of two full payouts, an average consumer would have to spend more than three.

Will this situation continue? It's probably going to get worse. The sanctions have only just been introduced. The initial increases were the result of a nervous anticipation of the problems that will come once the devices shortage actually happens. 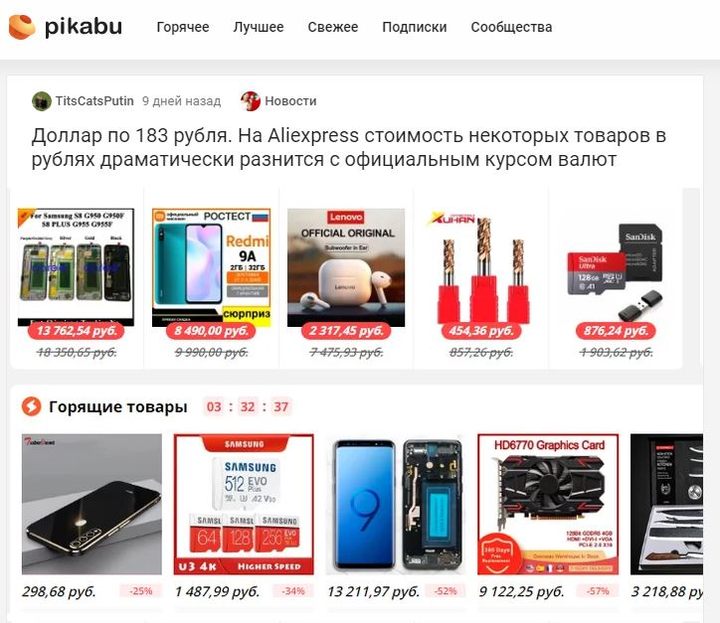 Of course, the first thing coming to mind is - "China will help". In fact, China does not restrict trade with Russia for principled reasons, does not vote against Russia in the UN and does not join the sanctions. At the same time, certain unofficial sources claim that Chinese manufacturers such as Xiaomi, Oppo and Huawei will restrict the supply of devices to Russia. Why? Due to the decreasing price of ruble.

It is already clear that Chinese companies are seizing the opportunity. While the official rate of the central bank of Russia from March 17 for one dollar is 108 rubles, the prices on AliExpress are calculated according to the "custom" rate, which, for example, on March 8 was 183 rubles per dollar.

This shows a fairly obvious case - China can replace some of the goods, but the reduction of competition in the Russian market will certainly lead to a further increase in prices.

Elden Ring Gets Major Patch; New NPC and Stages in Some Quests

Is Elden Ring Too Easy? We Checked How Players Deal With Bosses