One of the developers of Modbox released a tech demo that demonstrates the advanced use of artificial intelligence. NPCs not only understood the questions asked by the player, but also answered them in a logical way. This was made possible by three components, the combination of which produced a stunning result.

The first step was to make the NPCs understand human speech. This is where the Windows Speech Recognition tool, which you can find on your PC if you have Windows 10 installed, came in handy. A speech synthesizer by Replica Studios was responsible for the natural-sounding voice. But the most important role, that of putting together a coherent sentence, belonged to the Generative Pre-Training algorithm created by OpenAI.

GPT-3 debuted in 2020 as the third installment of a project by a company owned by Elon Musk. It is a text generator based on a database consisting of the sources used by Common Crawl (an organization that archives websites), historical texts and the English Wikipedia. Its biggest advantage is that it learns to predict what words will be followed by specific words, so the program is able to create finished texts resembling those written by humans. The algorithm consists of 175 billion parameters, while its predecessor was composed of "only" 1.5 billion. Currently, the owner of the source code and rights to commercial use of this tool is Microsoft. 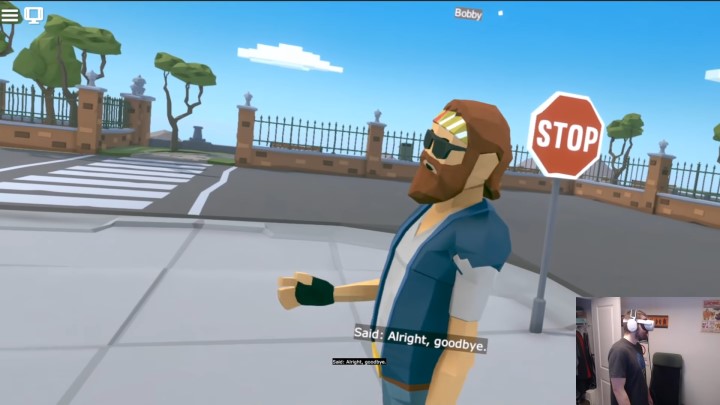 NPCs communicating freely with the player is still a melody of the future, but sooner rather than later.

This means that it is currently impossible to use this last key tool in the full version of the game, but this small demonstration of technology shows how much progress can be made in a short period of time. Especially when you consider that the first version of GPT was created in 2018.

Modbox itself is a multiplayer sandbox game, initially released in 2016 exclusively for VR. In September, version 2.0 appeared, also available without a VR kit. The developers advertise their product as having complex AI and physics-based gameplay. The game is currently in early access on Steam.

Rumors Suggest Starfield Teaser in March and Launch in 2021