Many players have been waiting for the opportunity to test the new Call of Duty: Modern Warfare 2, but many of them certainly did not expect the game's beta to be so problematic on the technical side. The opportunity to play MW2 has recently been available to PC gamers and owners of Xbox One and Xbox X/S consoles. Both of these groups have encountered persistent problems.

Waiting for the update

One of the most common problems complained about by PC gamers who use Steam is endless waiting for an update, due to which it is impossible to enter the game. There are two possible solutions to this problem.

In the first case, delete the "Call of Duty" folder located in the Steam library, and then delete the folder titled the same way, which is located in Program Files and is associated with the launcher. After that, all you need to do is reinstall the game and check whether everything works as it should.

The second solution is less complicated and is to go to steam>steamapps>common>Call of Duty Modern Warfare 2 Beta>main. There should be 5 files in this folder. Just delete four of them, which are marked in the graphic below, and launch the game. 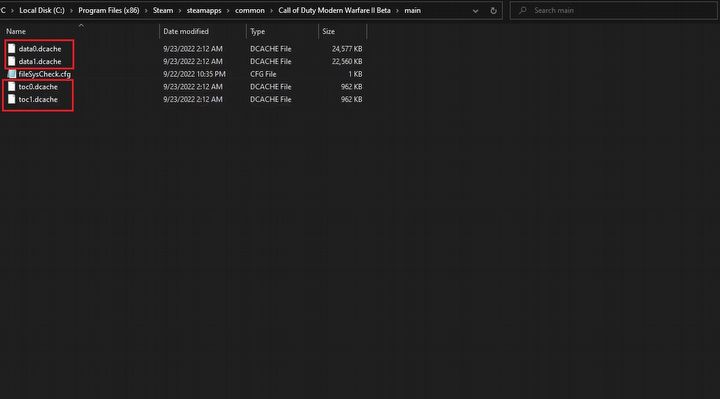 Files marked with a red frame should be deleted

Xbox users sometimes hit a problem that causes apps to crash to desktop when logging in through the Demonware platform. Unfortunately, at the moment it is not yet known how to deal with this issue, so you should just wait until this glitch is patched by the developers.

Call of Duty: Modern Warfare 2 will have a full release on October 28 and will be available PC, Xbox One, Xbox X/S, PS4 and PS5.

Microsoft Not Afraid of Investigations and Confident in Activision Deal