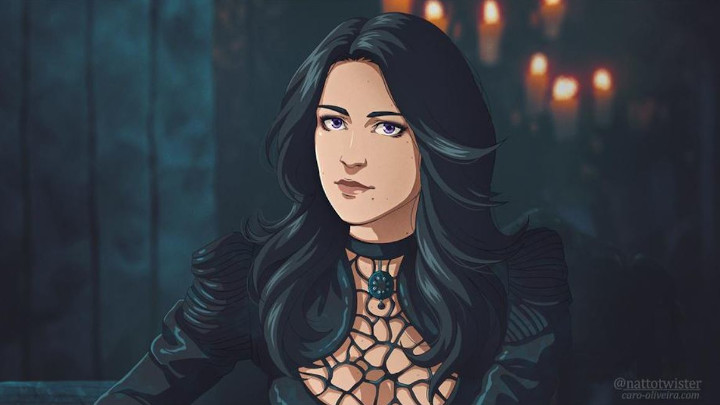 What would The Witcher from Netflix look like in anime style?
IN A NUTSHELL

The Witcher series from Netflix, although not everyone liked it, won many fans all over the world and introduced the universe created by Andrzej Sapkowski to wide audiences. As befits a phenomenon of this scope, it also received a lot of unofficial works created by the community. Among them we can mention the drawings created by DeviantArt user, CaroOllie, an artist from Portugal, whose real name is Carolina Oliveira. She has recreated several famous scenes from the show in japanimation style, in which she specializes. Some of them can be seen in this news. For the rest, we invite you to visit her DeviantArt.

It is worth noting that The Witcher from Netflix is not the only series that CaroOllie is interested in. Earlier, she prepared a series of drawings presenting the scenes known from The Game of Thrones in anime style. In addition, her work includes works that refer to The Legend of Zelda: Breath of the Wild or Street Fighter.

The first season of The Witcher debuted in December last year. The premiere of the second season is planned for 2021, although it is not known whether the interruption of the filming due to the coronavirus epidemic, as we learned in the last hours, will somehow affect these plans. It is also hard to judge whether all this commotion will also affect the animated movie The Witcher: Nightmare of the Wolf. The movie, as you may rememver, will take place years before the events known from the books and their adaptations and will focus on the adventures of Vesemir, played by Kim Bodnia (Bron / Broen, Killing Eve) in the Netflix series. The series will see much more "fresh blood" in season 2, including Thue Ersted Rasmussen, Agnes Born, Aisha Fabienne Ross, Mecia Simson, Kristofer Hivju, Paul Bullion and Yasen Atour.