Developers from EA have already released a patch fixing troublesome bugs from the High School Years DLC. As we read on the official website:

Only suitable Sims can be the target of the "Ask to become a girlfriend/boyfriend" desire.

All available Sims can be selected when planning a trip, even if they are currently on another plot."

So it looks like Sims are no longer in danger of sudden death, and the needs and concerns system is now working as it should - family members can't date each other.

A new expansion for The Sims 4 - High School Years - has been released today . The new content takes us to the town of Copperdale, where freshly created characters are to face the problems of adolescence in high school, including lessons (or skipping them), various extra activities, and an unruly teenage social life.

Unfortunately, it turns out that this blissful idyll can be interrupted in the most brutal way - by death.

It turns out that the add-on contains a bug responsible for accelerated aging of sims. Because of it our characters advance in years every time the game changes scene. This includes all loading screens, entering the world map, the Create sim screen, etc.

Players were naturally quick to point out this problem, examples such as the one cited below tweet are numerous: 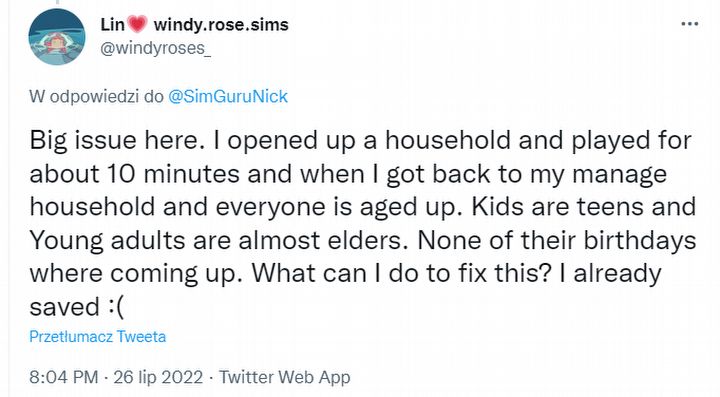 Admittedly the bug can be circumvented by completely disabling aging in the options (or using mods to get rid of death for good), but a previously saved game state can still be affected by express aging.

Unfortunately, a quick encounter with Death is not the only "attraction" that hinders players' fun in the High School Years. It turns out that the implemented system of needs and concerns does not work as it should.

In addition, players report problems with curved walls, which often cause graphical errors.

The whole thing was neatly summed up in one picture by Reddit user BrickLion26: 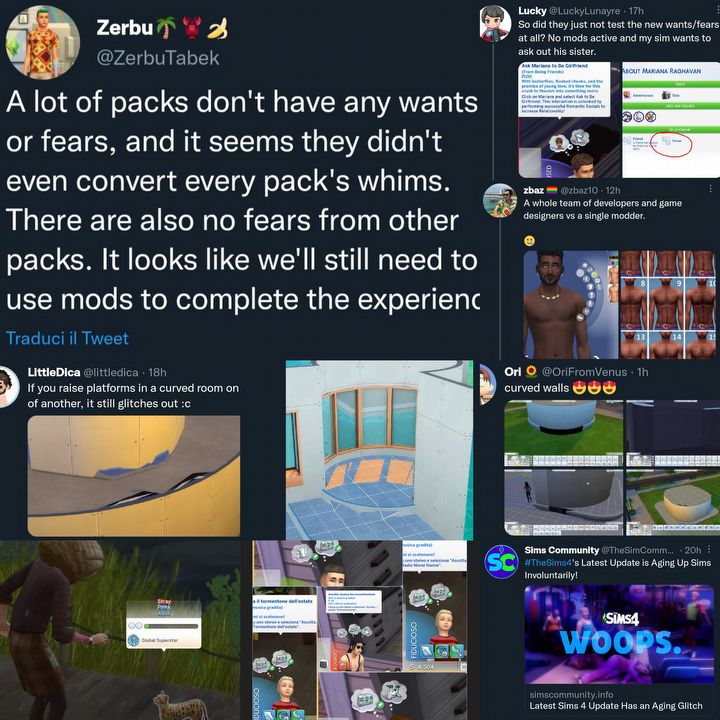 Fans seem exasperated with the current state of affairs; they accuse developers of failing to test and treating players like guinea pigs.

"Is Electronic Arts deliberately setting deadlines so early that it is unable to implement features and test them properly? At this point, it's starting to look like almost everything they've released recently has little or no integration with other packages and/or is bugged as hell," laments Reddit user llllll56.

Another Reddit forum user reminds us that this is not the first time that The Sims 4 gets expanded with broken content:

"It's been like this forever. Release a trailer, everyone is excited and positive, then the new update is riddled with an uholy amount of, and people are angry and shocked. And so it goes on and on," recalls Mksd2011.

It looks like Maxis will have to deal with the problem quickly to placate the disgruntled community. Let's hope it happens as quickly as the sims die under the aging bug.

Diablo Immortal Player Spent $100 Thousand on a Character and Has no One to Play With; Wants a Refund [UPDATED]